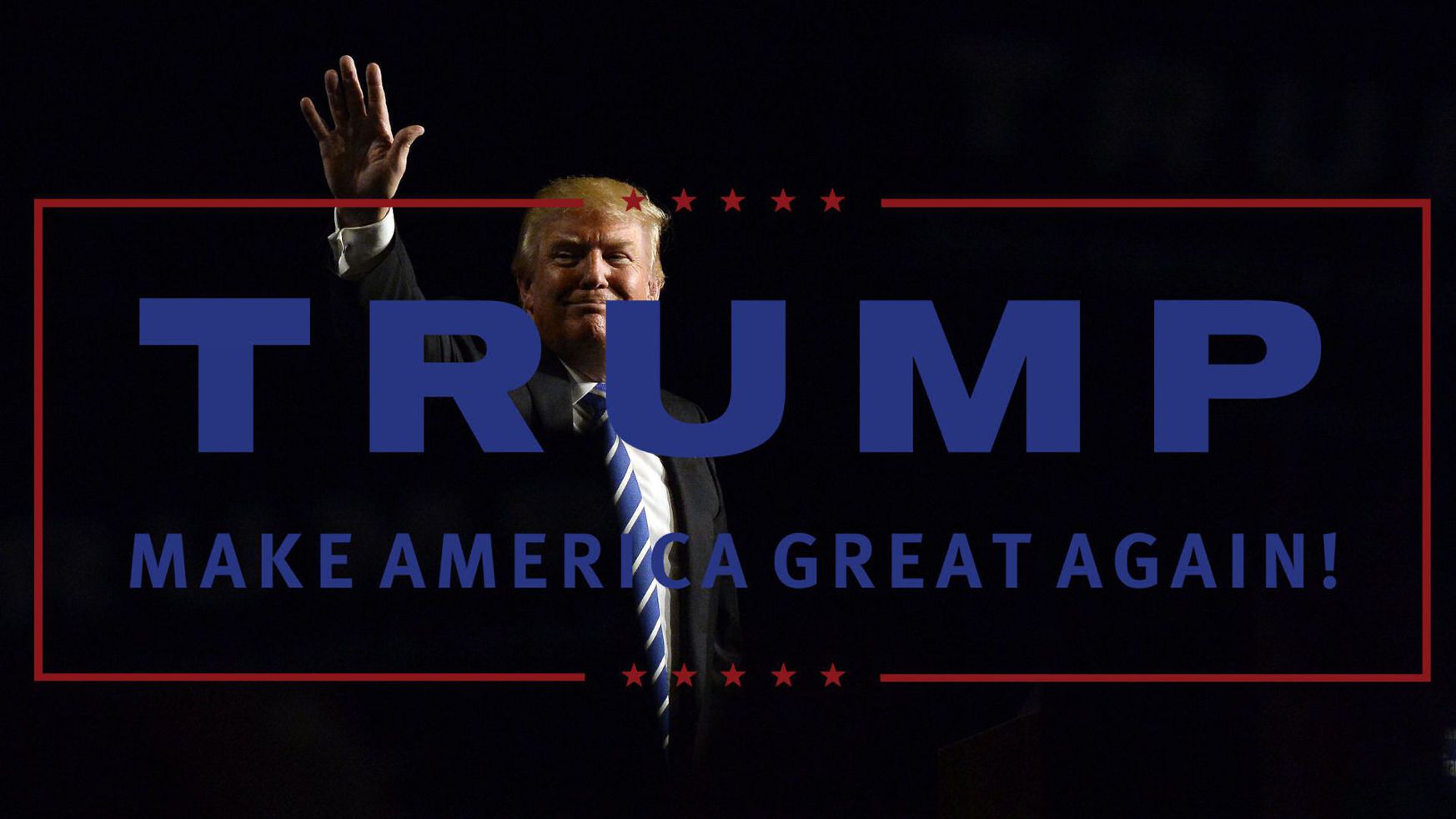 When politicians talk about “immigration reform” they mean: amnesty, cheap labor and open borders. The Schumer-Rubio immigration bill was nothing more than a giveaway to the corporate patrons who run both parties.

We are the only country in the world whose immigration system puts the needs of other nations ahead of our own. That must change. Here are the three core principles of real immigration reform:

1. A nation without borders is not a nation. There must be a wall across the southern border.

2. A nation without laws is not a nation. Laws passed in accordance with our Constitutional system of government must be enforced.

3. A nation that does not serve its own citizens is not a nation. Any immigration plan must improve jobs, wages and security for all Americans.

Make Mexico Pay For The Wall

For many years, Mexico’s leaders have been taking advantage of the United States by using illegal immigration to export the crime and poverty in their own country (as well as in other Latin American countries). They have even published pamphlets on how to illegally immigrate to the United States. The costs for the United States have been extraordinary: U.S. taxpayers have been asked to pick up hundreds of billions in healthcare costs, housing costs, education costs, welfare costs, etc. Indeed, the annual cost of free tax credits alone paid to illegal immigrants quadrupled to $4.2 billion in 2011. The effects on jobseekers have also been disastrous, and black Americans have been particularly harmed.

The impact in terms of crime has been tragic. In recent weeks, the headlines have been covered with cases of criminals who crossed our border illegally only to go on to commit horrific crimes against Americans. Most recently, an illegal immigrant from Mexico, with a long arrest record, is charged with breaking into a 64 year-old woman’s home, crushing her skull and eye sockets with a hammer, raping her, and murdering her. The Police Chief in Santa Maria says the “blood trail” leads straight to Washington.

In 2011, the Government Accountability Office found that there were a shocking 3 million arrests attached to the incarcerated alien population, including tens of thousands of violent beatings, rapes and murders.

Meanwhile, Mexico continues to make billions on not only our bad trade deals but also relies heavily on the billions of dollars in remittances sent from illegal immigrants in the United States back to Mexico ($22 billion in 2013 alone).

In short, the Mexican government has taken the United States to the cleaners. They are responsible for this problem, and they must help pay to clean it up.

The cost of building a permanent border wall pales mightily in comparison to what American taxpayers spend every single year on dealing with the fallout of illegal immigration on their communities, schools and unemployment offices.

Defend The Laws And Constitution Of The United States

America will only be great as long as America remains a nation of laws that lives according to the Constitution. No one is above the law. The following steps will return to the American people the safety of their laws, which politicians have stolen from them:

Triple the number of ICE officers. As the President of the ICE Officers’ Council explained in Congressional testimony: “Only approximately 5,000 officers and agents within ICE perform the lion’s share of ICE’s immigration mission…Compare that to the Los Angeles Police Department at approximately 10,000 officers. Approximately 5,000 officers in ICE cover 50 states, Puerto Rico and Guam, and are attempting to enforce immigration law against 11 million illegal aliens already in the interior of the United States. Since 9-11, the U.S. Border Patrol has tripled in size, while ICE’s immigration enforcement arm, Enforcement and Removal Operations (ERO), has remained at relatively the same size.” This will be funded by accepting the recommendation of the Inspector General for Tax Administration and eliminating tax credit payments to illegal immigrants.

Mandatory return of all criminal aliens. The Obama Administration has released 76,000 aliens from its custody with criminal convictions since 2013 alone. All criminal aliens must be returned to their home countries, a process which can be aided by canceling any visas to foreign countries which will not accept their own criminals, and making it a separate and additional crime to commit an offense while here illegally.

Enhanced penalties for overstaying a visa. Millions of people come to the United States on temporary visas but refuse to leave, without consequence. This is a threat to national security. Individuals who refuse to leave at the time their visa expires should be subject to criminal penalties; this will also help give local jurisdictions the power to hold visa overstays until federal authorities arrive. Completion of a visa tracking system – required by law but blocked by lobbyists – will be necessary as well.

Cooperate with local gang task forces. ICE officers should accompany local police departments conducting raids of violent street gangs like MS-13 and the 18th street gang, which have terrorized the country. All illegal aliens in gangs should be apprehended and deported. Again, quoting Chris Crane: “ICE Officers and Agents are forced to apply the Deferred Action for Childhood Arrivals (DACA) Directive, not to children in schools, but to adult inmates in jails. If an illegal-alien inmate simply claims eligibility, ICE is forced to release the alien back into the community. This includes serious criminals who have committed felonies, who have assaulted officers, and who prey on children…ICE officers should be required to place detainers on every illegal alien they encounter in jails and prisons, since these aliens not only violated immigration laws, but then went on to engage in activities that led to their arrest by police; ICE officers should be required to issue Notices to Appear to all illegal aliens with criminal convictions, DUI convictions, or a gang affiliation; ICE should be working with any state or local drug or gang task force that asks for such assistance.”

End birthright citizenship. This remains the biggest magnet for illegal immigration. By a 2:1 margin, voters say it’s the wrong policy, including Harry Reid who said “no sane country” would give automatic citizenship to the children of illegal immigrants.

Decades of disastrous trade deals and immigration policies have destroyed our middle class. Today, nearly 40% of black teenagers are unemployed. Nearly 30% of Hispanic teenagers are unemployed. For black Americans without high school diplomas, the bottom has fallen out: more than 70% were employed in 1960, compared to less than 40% in 2000. Across the economy, the percentage of adults in the labor force has collapsed to a level not experienced in generations. As CBS news wrote in a piece entitled “America’s incredible shrinking middle class”: “If the middle-class is the economic backbone of America, then the country is developing osteoporosis.”

The influx of foreign workers holds down salaries, keeps unemployment high, and makes it difficult for poor and working class Americans – including immigrants themselves and their children – to earn a middle class wage. Nearly half of all immigrants and their US-born children currently live in or near poverty, including more than 60 percent of Hispanic immigrants. Every year, we voluntarily admit another 2 million new immigrants, guest workers, refugees, and dependents, growing our existing all-time historic record population of 42 million immigrants. We need to control the admission of new low-earning workers in order to: help wages grow, get teenagers back to work, aid minorities’ rise into the middle class, help schools and communities falling behind, and to ensure our immigrant members of the national family become part of the American dream.

Additionally, we need to stop giving legal immigrant visas to people bent on causing us harm. From the 9/11 hijackers, to the Boston Bombers, and many others, our immigration system is being used to attack us. The President of the immigration caseworkers union declared in a statement on ISIS: “We’ve become the visa clearinghouse for the world.”

Here are some additional specific policy proposals for long-term reform:

Increase prevailing wage for H-1Bs. We graduate two times more Americans with STEM degrees each year than find STEM jobs, yet as much as two-thirds of entry-level hiring for IT jobs is accomplished through the H-1B program. More than half of H-1B visas are issued for the program’s lowest allowable wage level, and more than eighty percent for its bottom two. Raising the prevailing wage paid to H-1Bs will force companies to give these coveted entry-level jobs to the existing domestic pool of unemployed native and immigrant workers in the U.S., instead of flying in cheaper workers from overseas. This will improve the number of black, Hispanic and female workers in Silicon Valley who have been passed over in favor of the H-1B program. Mark Zuckerberg’s personal Senator, Marco Rubio, has a bill to triple H-1Bs that would decimate women and minorities.

Requirement to hire American workers first. Too many visas, like the H-1B, have no such requirement. In the year 2015, with 92 million Americans outside the workforce and incomes collapsing, we need companies to hire from the domestic pool of unemployed. Petitions for workers should be mailed to the unemployment office, not USCIS.

End welfare abuse. Applicants for entry to the United States should be required to certify that they can pay for their own housing, healthcare and other needs before coming to the U.S.

Refugee program for American children. Increase standards for the admission of refugees and asylum-seekers to crack down on abuses. Use the monies saved on expensive refugee programs to help place American children without parents in safer homes and communities, and to improve community safety in high crime neighborhoods in the United States.

Immigration moderation. Before any new green cards are issued to foreign workers abroad, there will be a pause where employers will have to hire from the domestic pool of unemployed immigrant and native workers. This will help reverse women’s plummeting workplace participation rate, grow wages, and allow record immigration levels to subside to more moderate historical averages.

READ: Mexico WILL pay for a wall – Trump is right

Compelling Mexico To Pay For The Wall

Introduction: The provision of the Patriot Act, Section 326 – the “know your customer” provision, compelling financial institutions to demand identity documents before opening accounts or conducting financial transactions is a fundamental element of the outline below. That section authorized the executive branch to issue detailed regulations on the subject, found at 31 CFR 130.120-121. It’s an easy decision for Mexico: make a one-time payment of $5-10 billion to ensure that $24 billion continues to flow into their country year after year. There are several ways to compel Mexico to pay for the wall including the following:

Conclusion: Mexico has taken advantage of us in another way as well: gangs, drug traffickers and cartels have freely exploited our open borders and committed vast numbers of crimes inside the United States. The United States has borne the extraordinary daily cost of this criminal activity, including the cost of trials and incarcerations. Not to mention the even greater human cost. We have the moral high ground here, and all the leverage. It is time we use it in order to Make America Great Again.