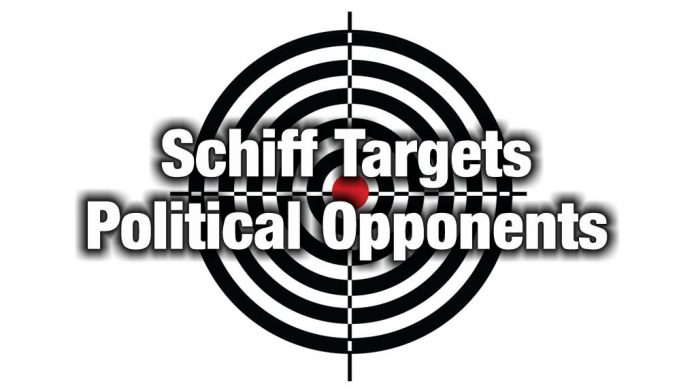 In his rush to paint Donald Trump as a lawbreaker, Adam Schiff has himself trampled law and responsibility.

In latest developments, Democrats are attempting to portray Republican Devin Nunes as part of a conspiracy to commit impeachable offenses. Doing his job of Congressional oversight. Talking to Trump’s lawyer to get a complete view of the Ukrainian tale? The smear is ongoing… And why elected members of Congress using secret subpoenas to obtain the call records of political opponents? This is unprecedented and looks like an abuse of government surveillance authority for partisan gain. The cracks in the Democrats latest narrative are widening.