An American man, played by Jim Caviezel, is kidnapped after a friend invites him to Cairo to speak out about recent militant uprisings. Determined to get him back, his wife heads to Cairo.

“I consider it a privilege to tackle controversial stories and to rattle people with the subjects I take on,” says director Cyrus Nowrasteh. “What that means is I live in a free society … if I were banned from doing that, or the pressure was so great that I couldn’t, then we’re no longer a free society.”

The writer/director’s newest film may put his doctrine to the test.

“Infidel,” in theaters Sept. 18, 2020 follows a Christian blogger (Jim Caviezel) captured by an Iranian group alarmed at his public comments regarding faith.

The film, inspired by real-world kidnappings by the Iranian regime, involves honor killings, a subject most Western films avoid. The story also praises Middle Eastern Christians for standing up to Iranian law. “Infidel” isn’t politically correct in the slightest — another opening for critics to target Cyrus Nowrasteh.

Infidel (2019) is based on a true story. It depicts an Iranian woman falsely accused of adultery and the violent, medieval punishment she endured.

Nowrasteh, a Colorado native whose family hails from Iran, tracks the latest news coming from that Middle Eastern country. That means he’s followed the cases of numerous Americans imprisoned by Iran over the years, including the high-profile situation involving Robert Levinson. The former FBI agent disappeared 13 years ago off the coast of Iran and was recently declared dead by his family.

The Iranian government denies any knowledge of Levinson or his current condition.

“In the back of mind I thought, ‘Is there a movie here?'” the writer/director says.

He decided a fictional tale inspired by these events would better capture the struggles these prisoners faced.

“I’ve been struck by the fact that so many Americans have been held in Iran for many years,” he says. “The problem with the real stories and the others is that they’re uncertain … how do you do that as a movie?”

“Infidel” also showcases another element of Iranian culture, the “underground Christian movement” within the country, he says.

“Iran has the second most converts [to Christianity]” behind China, he says, noting it’s fueled by women. “It’s a direct result of the oppression under the Islamic Republic,” he says.

The Christian group Open Doors says Iran is the ninth most dangerous place in the world to be a Christian, and the country’s government sees converts as threats against the Islamic Republic.

Some filmmakers might steer clear of this kind of material, but Nowrasteh recalls an early, positive connection to another rabble-rousing artist who helped guide his way: Oscar-winner Oliver Stone of “Platoon” and “JFK” fame.

Pundit-turned-filmmaker Dinesh D’Souza serves as an executive producer on “Infidel,” but Nowrasteh says his latest project drew interest from more traditional Hollywood sources, too. It will be seen in a conventional fashion as well. 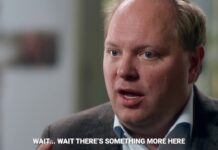 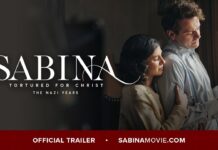 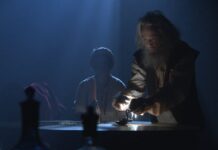