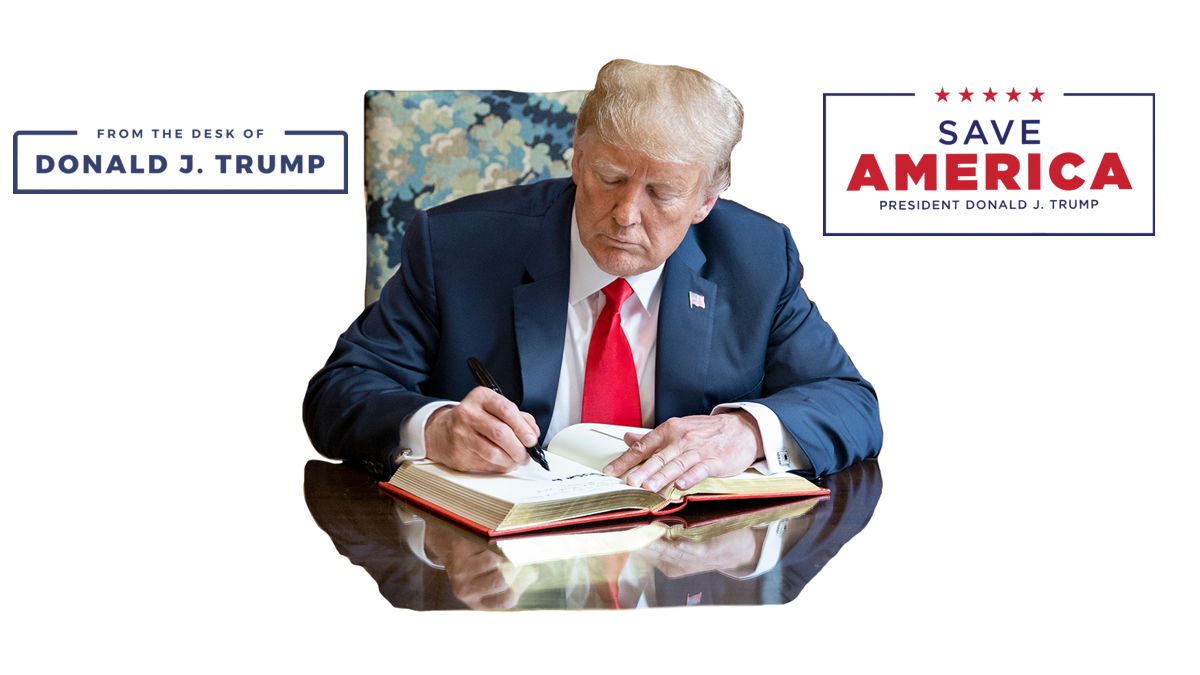 “Biden, who is destroying our Nation with insane policies of open Borders, corrupt Elections, disastrous energy policies, unconstitutional mandates, and devastating school closures, used my name today to try to further divide America. This political theater is all just a distraction for the fact Biden has completely and totally failed. Our Country no longer has Borders, has totally and completely lost control of Covid (record numbers!), is no longer Energy Independent, Inflation is rampant, our Military is in chaos, and our exit, or surrender, from Afghanistan was perhaps the most embarrassing day in the long and distinguished history of the United States—and so much more. Why is it that the Unselect Committee of totally partisan political hacks, whose judgment has long ago been made, not discussing the rigged Presidential Election of 2020? It’s because they don’t have the answers or justifications for what happened. They got away with something, and it is leading to our Country’s destruction. They want all conversation concerning the Election “Canceled.” Just look at the numbers, they speak for themselves. They are not justifiable, so the complicit media just calls it the Big Lie, when in actuality the Big Lie was the Election itself.

The Democrats want to own this day of January 6th so they can stoke fears and divide America. I say, let them have it because America sees through theirs lies and polarizations.”