Americans should prepare for the spectacle of Donald Trump pleading not guilty to charges brought by the Biden Justice Department.

A few days after federal agents stormed Donald Trump’s castle in Palm Beach last week, Judge Beryl Howell berated a man from Georgia for his involvement in the Capitol protest on January 6, 2021.

“Listening without question to political rhetoric that leads to serious offenses, criminal conduct, is not an excuse when you’re standing in a court of law,” Howell told Glen Simon, a Trump supporter who pleaded guilty to disorderly conduct on restricted grounds. “You’ve got to use your common sense and your own sense of who you are and how you’d like to conduct yourself as an American citizen before just blindly doing what a political figure says.”

Howell then sentenced Simon to eight months in prison.

The “political figure” to whom the judge was referring is President Trump. And Howell is not just any judge; she is the chief judge of the D.C. District Court that is overseeing at least 850 criminal cases related to the Capitol protest.

Appointed by Barack Obama in 2010, Howell does not disguise her partisan leanings or her contempt for Trump supporters. Howell describes the four-hour disturbance on Capitol Hill as “criminal activity that is destined to go down in the history books of this country.” She has scolded prosecutors for not bringing harsher charges in January 6 cases while insisting the hundreds of thousands of Americans who protested Joe Biden’s election that day had no legitimate grievance. She urged the government to set damages to the Capitol at $500 million rather than the accurate figure of $1.4 million in order to significantly boost restitution fines against January 6 defendants.

During a hearing last year, Howell mocked Representative Andrew Clyde (R-Ga.) for saying video footage from inside the Capitol on January 6 looked like a “normal tourist visit.” 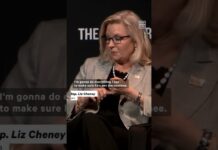 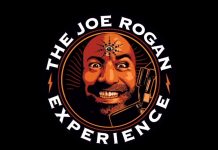