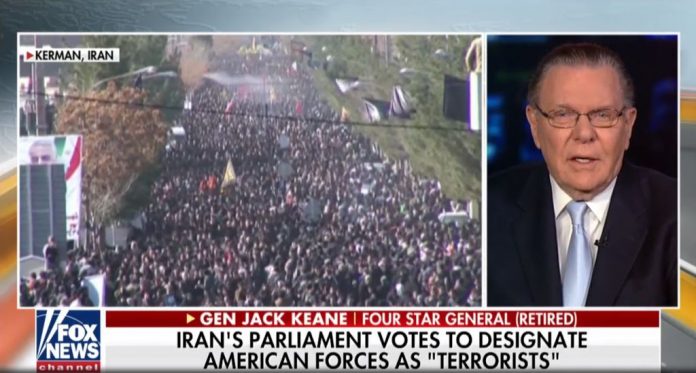 Keane defends Soleimani strike: Iran was planning a major attack to kill Americans. What if Trump did nothing?

Jan. 07, 2020 – 1:22 – “Keep things in perspective, there’s not going to be a WWIII,” says General Jack Keane providing perspective on the escalating tensions between Iran and the U.S.