House Republicans on Wednesday spoke out against the Jan. 6 Committee, accusing the entire effort of being a “partisan witch hunt” used by Democrats to abolish the Electoral College as well as to help cover up what House Speaker Nancy Pelosi (D-Calif.) does not want the public to know about matters surrounding the events of Jan. 6, 2021.

“This committee is not about seeking the truth. It is a smear campaign against President Donald Trump, against Republican members of Congress, and against Trump voters across this country,” Rep. Elise Stefanik (R-N.Y.), the House Republican Conference chair, said at a press conference—the first of several events pushing back against the Jan. 6 Committee’s public hearings that are set to begin Thursday.

“It does not serve any true legislative or oversight purpose. And it is not about finding out why Nancy Pelosi left the Capitol so ill-prepared that day … and it will not prevent another January 6 from happening,” she added. Stefanik had previously accused the Jan. 6 panel of being a political weapon “used to cover up for Nancy Pelosi’s failures.”

Stefanik also accused Democrats and the Biden administration of “scrambling to change the headlines, praying that the nation will focus on their partisan witch hunt instead of [Americans’] pocketbooks,” noting how Americans are currently facing soaring gas prices, high inflation, and a shortage of baby formula.

Rep. Jim Jordan (R-Ohio) told reporters on Wednesday, “Regarding January 6, I think the goal is been stated. Mr. Raskin stated that their goal is to end the Electoral College and the goal is to stop President Trump from running in 2024, plain and simple.”

Rep. Jim Banks (R-Ind.) said that “based on reports over the weekend, that the committee is being used to advance the radical Democrat agenda that includes abolishing the electoral college.” 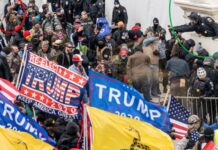 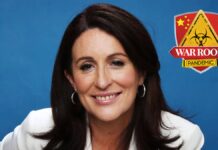