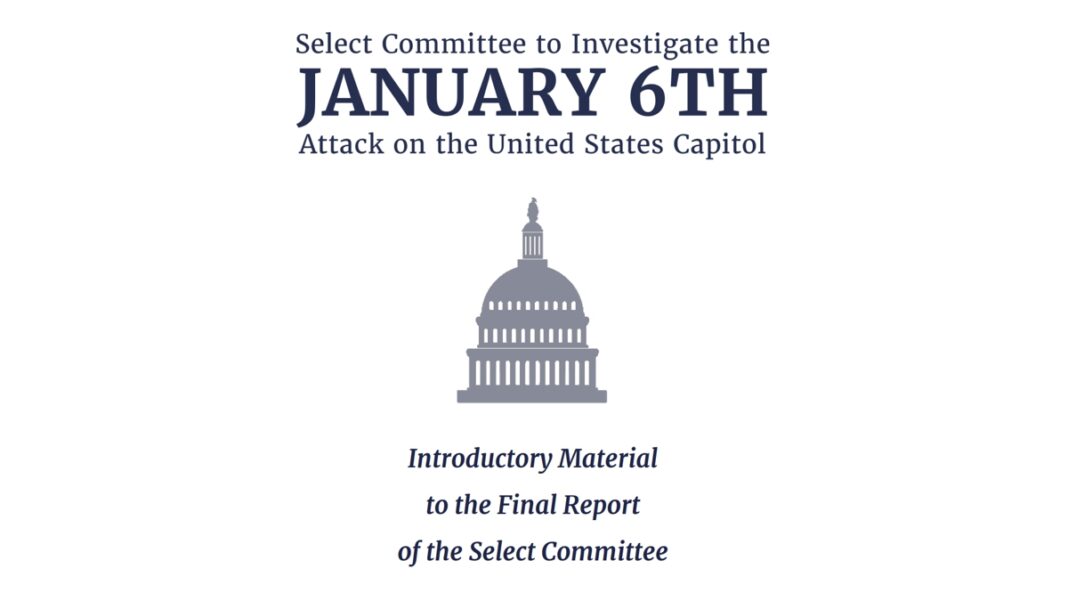 The Jan. 6 Committee has released its long-anticipated report of its investigation into the breach of the U.S. Capitol on Jan. 6, 2021, in which its authors took aim at former President Donald Trump, blaming him for having engaged in a “multi-part conspiracy” to overturn the results of the 2020 presidential election.

The 814-page full report (pdf) comes days after the panel released an executive summary (pdf) of the report. The panel has also targeted Trump by voting to refer him to the Department of Justice (DOJ) to consider at least four criminal charges, a symbolic move the DOJ is not required to act upon.

The Jan. 6 committee, which has nine members, has long been criticized for its apparent partisanship, in part because the only two Republicans on the panel—Rep. Adam Kinzinger (R-Ill.) and Rep. Liz Cheney (R-Wyo.)—are both known for their strong opposition to Trump.

The group’s final report represents the culmination of 18 months of investigation, which involved interviewing more than 1,000 witnesses, obtaining millions of pages of documents, and holding ten hearings.

“This report will provide greater detail about the multistep effort devised and driven by Donald Trump to overturn the 2020 election and block the transfer of power,” Jan. 6 Committee Chairman Rep. Bennie Thompson (D-Miss.) wrote in a foreword in the report.

The Jan. 6 committee is set to dissolve at the end of the current Congress in January 2023, when Republicans are set to take control of the House.

A day prior to the report’s release, the committee made public a collection of 34 transcripts of witness testimony from its investigation. Most of the 34 witnesses did not answer questions during all or at least part of their testimony, instead opting to assert their Fifth Amendment right against self-incrimination. The committee did not explicitly state why it decided to single out the transcripts of these 34 individuals for release prior to releasing the full report.