“The world is going to end in 12 years if we don’t address climate change!” says Rep. Alexandria Ocasio-Cortez.

John Stossel recently moderated a debate held by The Heartland Institute. Well, not a debate … because climate alarmists who were invited didn’t show.

Stossel says the panel convincingly debunked four myths. One is the new claim: “we only have 12 years to act.”

Pat Michaels, former president of the American Association of State Climatologists, says, “It’s warmed up around one degree Celsius since 1900, and life expectancy DOUBLED … yet [if] that temperature ticks up another half a degree … the entire system crashes? That’s the most absurd belief.”

The 3 scientists argue that even if the planet warms by 5 degrees, humans can adjust. We already have. People in Holland did.

Holland is a low-lying country. Much of it is below sea-level. So many years ago, the Dutch built dikes to prevent flooding. Michaels says, “Are you telling me that the people in Miami are so dumb that they’re just going to sit there and drown?”

“You acknowledge though the water is rising?” asks Stossel.

Legates interjects, “Yes, the water has been rising for approximately 20,000 years.”

Another myth they bust: government action today will save us.

“The Obama’s administration’s model projects that the amount of global warming that would be saved [by the US] going to ZERO emissions tomorrow … would be 14 hundredths of a degree Celsius,” says Michaels.

It wouldn’t stop global warming but: “You’ll sure have an impoverished dark country.” he continues.

“Global warming is why hurricanes are getting worse” and the idea that “carbon dioxide is a pollutant that just does harm” are two other myths the scientists debunk.

Stossel concludes by asking, “Are they right? It’s hard to believe they are when so many serious people are so worried. I wish there were a real debate! Why won’t the other side debate?” 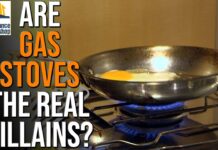 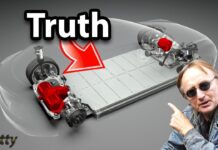