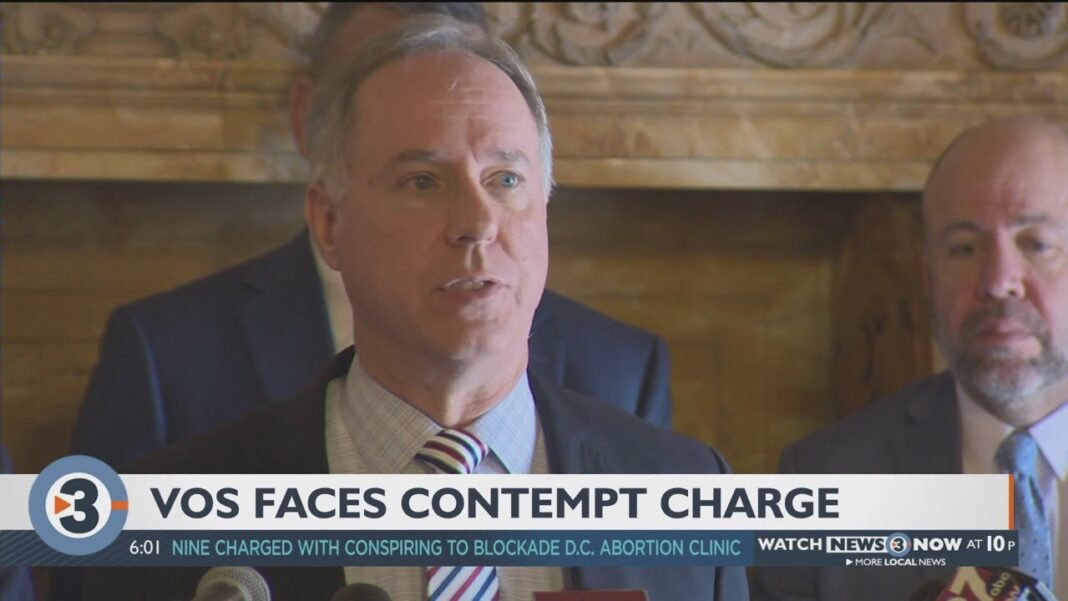 A judge in Wisconsin held state Assembly Speaker Robin Vos in contempt of court for allegedly failing to produce emails and text messages related to an investigation he ordered into the 2020 election.

Dane County Judge Valerie Bailey-Rihn wrote on March 30 that Vos, a Republican, and the Assembly “have chosen to willfully violate a court order and are held in contempt.” American Oversight, a Washington-based anti-Trump group that has previously sought records from Republicans, filed a lawsuit seeking a contempt order earlier this month after it didn’t obtain records from Vos and contractors.

Bailey-Rihn told Vos and the Assembly to turn over records within 14 days and to pay $1,000 per day if they fail to do that. They also will have to pay some of American Oversight’s legal bills, the judge said.

“That testimony revealed a collective and abject disregard for the Court’s order: Robin Vos had delegated the search for contractors’ records to an employee who did nothing more than send one vague email to one contractor,” the judge wrote in her order (pdf).

Vos attorney Ronald Stadler told Bailey-Rihn a week ago that the work to retrieve Vos’s emails from his legislative account was ongoing and he would need up to two weeks to review whatever was found. Stadler also said he had an expert witness who would testify that deleted text messages couldn’t be recovered.

The judge further wrote, “Vos did not tell that contractor which records to produce, did not ask any of the other contractors to produce records, and did not even review the records ultimately received. Still worse, the assembly did nothing at all.”

Vos’s office didn’t respond by press time to a request for comment.

Earlier in March, Vos told local media that he doesn’t believe the 2020 presidential election can be decertified, after meeting with Republican activists.