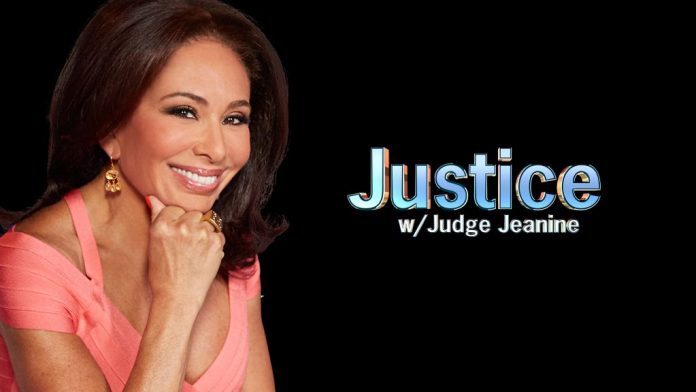 As the Democratic clown car literally packed with B-list candidates: Bernie, Biden, Buttigieg and Bloomberg bumbles along with clowns tripping over their clown shoes to out liberal, out progressive and out socialize each other, the rest of us watch curiously to see who the winner will be.

And as these Democratic primaries continue, understand that you are looking at the most extreme leftist agenda America has ever witnessed. So you need to start worrying. In fact, you need to be afraid.

These people don’t care about you or law and order. I’ll say it again. These people don’t care about you, your safety, civil tranquility, innocent Americans or law and order, because if they did, they would support the police, law enforcement, ICE, Border Patrol, the military, and all the agencies designed to protect the safety of the American citizenry.

But no, these leftists openly defy the law and protect those who are guilty of violating it. As a result, areas of crime are being created than endanger innocent Americans in sanctuary cities and sanctuary states.

We’re now beginning to see how the left’s reliance on identity politics, which focuses on race, gender, class and sexual orientation supersedes the issue of guilt or innocence, and instead seeks to protect the guilty and punish the innocent.

Now, just this week in New York, a 92-year-old grandmother was raped and murdered by an illegal immigrant set free by New York City officials who defied Federal authorities who sought custody and detention of that illegal individual.

But this is nothing new. We’ve seen it in San Francisco, Virginia and across this country, where mayors and governors decide that illegals who are criminals should not be handed over to ICE for deportation, but instead be allowed to roam freely among us with whatever attendant harm they may inflict upon us.

But folks, it will only get worse if a Democrat gets elected into the White House.

So what does this have to do with the Democratic primaries? Everything. Those who are seeking to be Commander-in-Chief are part of this constructionist, ignore the law mentality.

Bernie Sanders is an out and out socialist who calls America a racist society from top to bottom. And he believes that everyone should be able to vote, even felons who are in prison. He simply does not care about law and order.

Now, Pete Buttigieg, a mayor of some town in Indiana, has proven over and over again that he simply doesn’t know or understand anything about law and order.

And Joe Biden, well, he still can’t figure out whether law and order is a requirement or a television show.

So these political clowns don’t care that Americans overwhelmingly support enforcement of the law. So why wouldn’t the left?

It’s simple. Their goal is power. They get that power when illegals vote because they know they’ve lost the vote of law abiding Americans, the ones that support the Constitution, the foundation of our laws.

The leftists, on the other hand, prefer to subjugate the laws of the land, even if it means sacrificing the rest of us at their altar of political correctness and identity politics.

They know that if they give illegals driver’s licenses, which they can then use as a point of identification to register to vote, they get another voter.

But you might not even need that. There are politicians interested in having illegals, just go vote, and the latest leftist suicide pact with crime continues with the so-called “bail reform.”

Now, it may sound great, but I’m here to tell you it’s a nightmare. These radicals believe the imposition of bail is simply unfair, unconstitutional, and so they decided it is unjust and have turned into a simple get-out-of- jail free pass, but they are wrong.

The Constitution recognizes the legality of the imposition of bail. The Eighth Amendment simply says that it must not be excessive. But folks, it’s not bail reform. It’s let them loose. If they come back, great; and if they don’t or commit crimes, and victimize others while they’re out, well, so be it.

Now as you can see, from just one day in New York City — one day, the front pages of two major newspapers reflect what appears to be a growing crime epidemic because of the liberal nonsense Khumbaya BS where a bank robber who had already robbed five banks was let out on bail to then go out and rob two more banks.

And the other headline where a career criminal would — get this — 138 arrests was again free to commit five additional crimes. Now both of them should have been in jail pending trial. These were public safety emergencies.

Yes. The purpose of bail is to ensure the defendants return to court, I know that. No bail with someone though who is a serial offender and a danger to the community sends a message, go for it.

If we give you no bail, we’re telling you, you’re free to go out and reoffend. So should serial pedophiles, the ones who prefer to have sex with children be let out on bail to simply re-offend? I don’t think so and I don’t think you think so either.

But these criminal justice issues highlight the radical difference between the right and the left, and how they view your safety.

The left has a history of allowing crime to run rampant. Just look at these 10 cities with the highest violent crime rates in the country. They are all run by Democratic mayors. Coincidence? I think not.

Now, take a look at the next chart with the 10 cities with the highest number of homicides in the country. Every one of those cities has a Democrat as a mayor.

So the next time you watch for the outcome of a Democratic primary, ask yourselves if you want a country that reflects the policies of these leftists on a national level where the rights of the criminal are sacrosanct, and the rights of the victim are simply non-existent. Where victims are ignored, and where criminals are coddled as if they’re violated and not the violators.

If that’s what you want, then by all means, vote for the Democrat. But keep your eye on the bleeding heart socialists who don’t give a damn about the rules, the weak leaders who find excuses for the criminalization by the offenders. Go right ahead.