An article at NBC News is typical of the fearful response of the mainstream media over the success of the new Texas Heartbeat Act abortion law.

With state legislatures out of session, most of the bills won’t be introduced right away. But abortion rights advocates say the threat to women’s reproductive freedom across the United States has already begun — and extends far beyond abortion.

“It’s important to realize that the attacks on abortion are not the endgame for the anti-choice movement,” said Kristin Ford, the acting vice president of communications and research for NARAL Pro-Choice America. “It is not the sole focus for their efforts or their vision for what the future of this country looks like.”

Much of the movement’s efforts center on when a fetus or an embryo is entitled to rights, she said, which has led a number of states to propose “personhood” legislation over the years. The bills typically define human life as beginning at the moment of fertilization and propose legal protection from that moment.

Such bills could gain momentum and affect access to contraceptives or what happens to unused embryos in in-vitro fertilization procedures, said Jessica Arons, senior advocacy and policy counsel for reproductive freedom at the American Civil Liberties Union.

She and other reproductive rights experts foresee two consequences of Texas’ law. In the near term, they said, they expect more copycat anti-abortion legislation to be proposed, with other states emulating Senate Bill 8’s first-of-its-kind language.

Then, they anticipate that the momentum from S.B. 8 could help the anti-abortion movement achieve its broader ambitions.

“Certainly, their long-term goal is not just to eliminate legal abortion in this country. It is to enshrine personhood in our laws,” Arons said.

S.B. 8 went into effect after a divided Supreme Court declined to block it. It bans abortions once fetal cardiac activity can be detected, which is as early as six weeks into a pregnancy, before many women are even aware that they are pregnant.

What makes the law unique is how it is enforced. The state government doesn’t ensure it is followed; rather, private citizens, including those outside Texas, can sue abortion providers or people who help women get abortions after the six-week mark, and they can receive $10,000 plus the cost of their legal fees if they win their lawsuits.

Having citizens rather than the government enforce the rule “was the linchpin for the Supreme Court allowing the law to go into effect,” said Elizabeth Nash, a state policy analyst with the Guttmacher Institute, a nonprofit organization that researches reproductive rights. 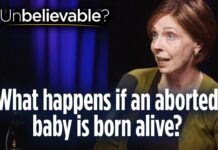 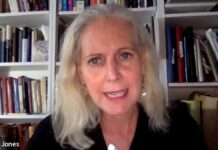 Seminary President: “There is Nothing Godly” About Saving Babies From Abortions 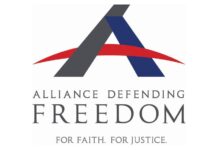