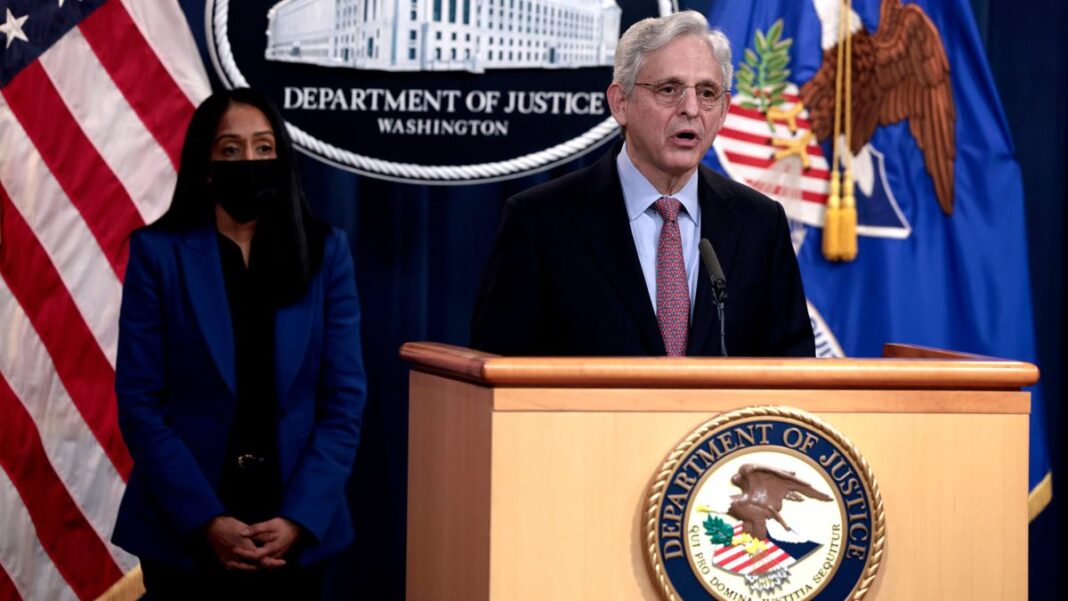 Preventing defendants from telling juries exactly what happened on January 6 is the Justice Department’s latest attempt to cover up pervasive police misconduct.

After months of foot-dragging, Joe Biden’s Justice Department is preparing for the first set of trials related to its sprawling prosecution of January 6 defendants: Robert Gieswein, who turned himself in and was arrested on January 19 for his involvement in the Capitol protest, is scheduled to stand trial in February.

A week after his arrest, Gieswein, 24 at the time, was indicted by a federal grand jury on six counts including “assaulting, resisting, or impeding” law enforcement with a dangerous weapon that day. He has been behind bars ever since, denied bail while Judge Emmet Sullivan delayed his trial on numerous occasions. Gieswein is among 40 or so January 6 defendants held in a part of the D.C. jail system solely used to detain Capitol protesters.

Federal prosecutors accuse Gieswein of using a chemical spray against police officers and carrying a baseball bat. Clad in military-style gear, Gieswein climbed through a broken window shortly after the first breach of the building. He told a reporter on the scene that “the corrupt politicians who have been in office for 50 or 60 years . . . need to be imprisoned.” Democratic politicians, Gieswein complained, sold out the country to “the Rothchilds and the Rockefellers,” a remark the FBI investigator on his case described as an “anti-Semitic” conspiracy theory.

Ahead of Gieswein’s trial, the Justice Department asked Judge Sullivan to strictly curtail how Gieswein can defend himself. A motion filed earlier this month argued Gieswein should not use self-defense against law enforcement as a reason for his actions on January 6. (Prosecutors also stated that Gieswein should not blame President Trump for his alleged criminal behavior,  claiming it is “objectively unreasonable to conclude that President Trump could authorize citizens to interfere with the Electoral College proceedings,” a legal torpedo to the Democrats’ nonstop accusations that Trump “incited” the events of January 6.)

“[The] Defendant will not be able to put forth any evidence that he had a reasonable belief that his actions were necessary to defend himself against the immediate use of unlawful force,” Matthew Graves, the new U.S. Attorney for the District of Columbia, wrote in the December 1 filing. “Through his words and actions, the Defendant made plain his intent. The Court should exclude any testimony and evidence purporting to assert a claim of self-defense.”

Preventing Gieswein from telling a jury exactly what happened on January 6 is the Justice Department’s latest attempt to cover up pervasive police misconduct. Gieswein’s alleged offenses coincided with the time frame when Capitol and D.C. Metropolitan Police officers started attacking thousands of protesters assembled outside the building on January 6.