A case in Idaho around baby Cyrus being taken from his family by Child Protective Services (CPS) is bringing attention to the financial incentives and extralegal powers states have when taking children from their parents.

We spoke with the family and a lawyer involved in the state’s seizure of baby Cyrus and found that in such cases, parents lose basic legal protections including the right to a jury and the burden of proof, and that families are often placed under gag orders to prevent them from speaking.

Diego Rodriguez, grandfather of Baby Cyrus, said, “This truly is state-subsidized child trafficking. There’s no way to whitewash, this is exactly what it is.”

We also discovered the financial incentive given to states in cases involving the taking of children. Rodriguez said, “In this case, the federal government is paying Idaho to steal, kidnap, abduct—whatever term you want to use—babies from people’s families, innocent families.”

And we discovered this is an issue that isn’t limited to just Idaho. It’s an issue found throughout the United States. Attorney Colton Boyles said, “I really think this is going to resound across the United States when people realize that this can happen to anyone.”

A recent case in Idaho is raising alarms over the government’s ability to take children from parents using what’s being called “medical kidnapping” by Child Protective Services (CPS). State Rep. Tammy Nichols, a Republican, says that it contains possible legal issues since normal protections under the law are being reversed.

Nichols said, “You know, that’s what we are finding is that when these cases happen, the guilt rests upon the parents to be able to prove themselves innocent.”

The topic is also gathering deeper controversy amid pushes for COVID-19 vaccine mandates on children. Nichols notes that, “this is becoming a problem. And we’re not only seeing it happening here in the state of Idaho, it’s happening all over.” 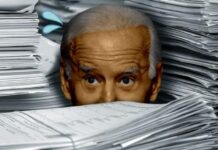