The state of the media in the United States has shifted over the years to the extent that the industry is no longer recognizable, former correspondent for CBS’s “60 Minutes” Lara Logan told The Epoch Times.

“Our profession today is unrecognizable,” investigative journalist Logan said during an interview for “American Thought Leaders,” noting that since she started out in the industry nearly three decades ago, it has changed “dramatically,” and in many ways, “not for the better.”

Logan, now the host of Fox Nation’s “Lara Logan Has No Agenda,” has been at the frontlines for years, reporting on everything from war zones to gang warfare to the Benghazi scandal.

Born in Durban, South Africa, Logan spent much of her time as a young journalist covering rallies by the ruling party at the time. She told The Epoch Times that what stood out to her then, was that journalists never showed partisanship, bias, or personal feelings toward members of the government.

“I’ll never forget that when, I think it was the president stopped speaking, and everyone applauded. None of the journalists clapped. That was where I learned you don’t show as a journalist your partisanship… and nobody in the press corps did—that was just a standard,” Logan recalled.

“It’s really a symbol of the separation that journalists tried to put between themselves and the politics of the day. And think about where we are now—that certainly was not in evidence in the last administration,” she continued, referring to the administration of former President Donald Trump.

“It was truly shocking to me during the 2016 [presidential] campaign to hear and see journalists and newspapers of record… you know, even any attempt or pretense or trying to be objective, and rally behind these political operatives and political organizations, to ensure that this person doesn’t get into office,” Logan added.

Many journalists in their reporting now blur the lines between fact and opinion, Logan said, criticizing reporters who rely on anonymous sources in their pieces—something she argues can be exploited to conceal motivation. 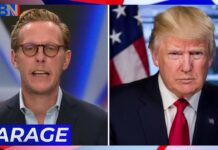 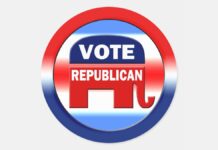