Home Previews Books Left of Bang: How the Marine Corps’ Combat Hunter Program Can Save... 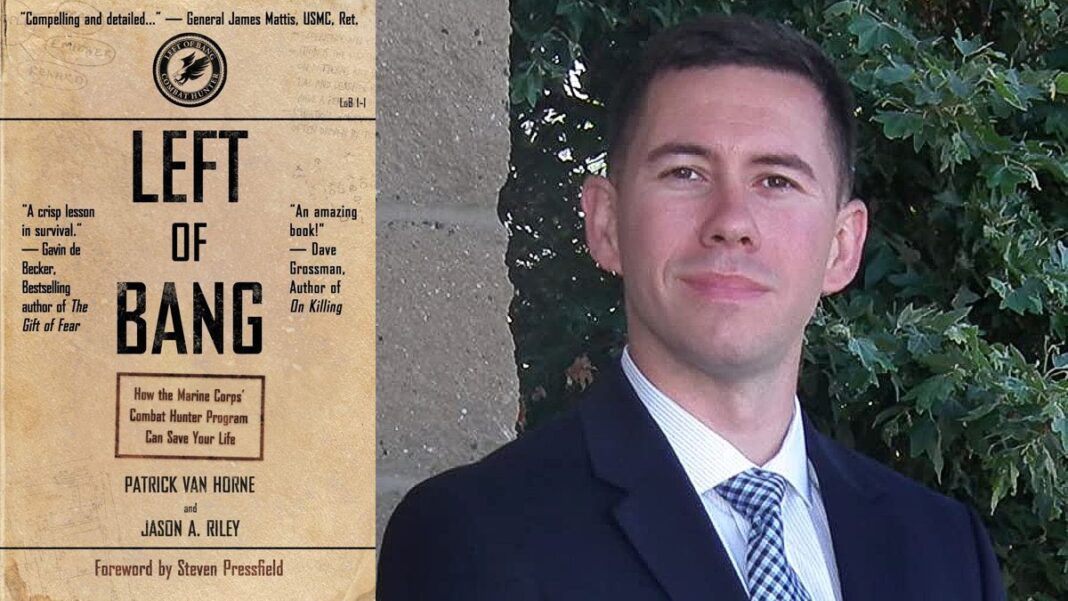 You walk into a restaurant and get an immediate sense that you should leave.

You are about to step onto an elevator with a stranger and something stops you.

You interview a potential new employee who has the resume to do the job, but something tells you not to offer a position.

These scenarios all represent LEFT OF BANG, the moments before something bad happens. But how many times have you talked yourself out of leaving the restaurant, getting off the elevator, or getting over your silly “gut” feeling about someone? Is there a way to not just listen to your inner protector more, but to actually increase your sensitivity to threats before they happen?

Legendary Marine General James Mattis asked the same question and issued a directive to operationalize the Marine Corps’ Combat Hunter program. A comprehensive and no-nonsense approach to heightening each and every one of our gifts of fear, LEFT OF BANG is the result.

“At a time when we must adapt to the changing character of conflict, this is a serious book on a serious issue that can give us the edge we need.” —General James Mattis, USMC, Ret.

“Left of Bang offers a crisp lesson in survival in which Van Horne and Riley affirm a compelling truth: It’s better to detect sinister intentions early than respond to violent actions late. Left of Bang helps readers avoid the bang.” —Gavin de Becker, bestselling author of The Gift of Fear

“Left of Bang is a highly important and innovative book that offers a substantial contribution to answering the challenge of Fourth Generation war (4GW).” —William S. Lind, author of Maneuver Warfare Handbook

“Like Sun Tzu’s The Art of War, Left of Bang isn’t just for the military. It’s a must read for anyone who has ever had a gut feeling that something’s not quite right…be it walking down the street, sitting in a corporate boardroom, or even entering an empty home.” —Steven Pressfield, bestselling author of The Lion’s Gate, The Warrior Ethos and Gates of Fire

“An amazing book! Applying the lessons learned during the longest war in American history, and building on seminal works like The Gift of Fear and On Combat, this book provides a framework of knowledge that will bring military, law enforcement, and individual citizens to new levels of survival mindset and performance in life-and-death situations. Left of Bang is an instant classic.” —Lt. Colonel Dave Grossman, U.S. Army Ret., author of On Combat and On Killing

Patrick is the Founder and CEO of The CP Journal and the co-author of, “Left of Bang.” Before starting the company, Patrick served in the United States Marine Corps for seven years, progressing to the rank of Captain before returning to the private sector. While on active duty, he served as a Platoon Commander and Company Executive Officer with Weapons Company, 1st Battalion, Fourth Marines, and as a Company Commander with the 1st Marine Regiment. Through his two deployments to Iraq, he saw first hand the importance of strong leadership and effective training for our nation’s protectors.

Following his time as a Company Commander, he became the officer-in-charge of a mobile training team in the Combat Hunter program at the School of Infantry aboard Camp Pendleton. In this role he provided training to deploying infantry battalions and regiments in behavioral analysis. He led the creation of the Combat Hunter Trainer Course, a pilot course designed to make Marines into Combat Hunter instructors. It was in this role that Patrick identified the need for similar training in our nation’s police departments and security companies, decided to write Left of Bang and create The CP Journal

About Jason A. Riley

Jason A. Riley has served as a Marine Corps infantry officer since 2003, and is currently a Major in the Marine Corps Reserve. While on active duty, he served with 1st Battalion, 2nd Marines and deployed twice to Iraq. He also served as a Combat Advisor to the Afghan National Army in an Eastern province of Afghanistan. From 2009 until 2011, Jason served with the Marine Corps’ Combat Hunter program, where he led a team of instructors, developed curriculum and courses, and taught behavioral analysis. He currently serves with a reserve unit in Southern California, and is attending the Marine Corps’ Command and Staff College. He is also a PhD Candidate, has published in academic journals, and has co-authored Left of Bang.