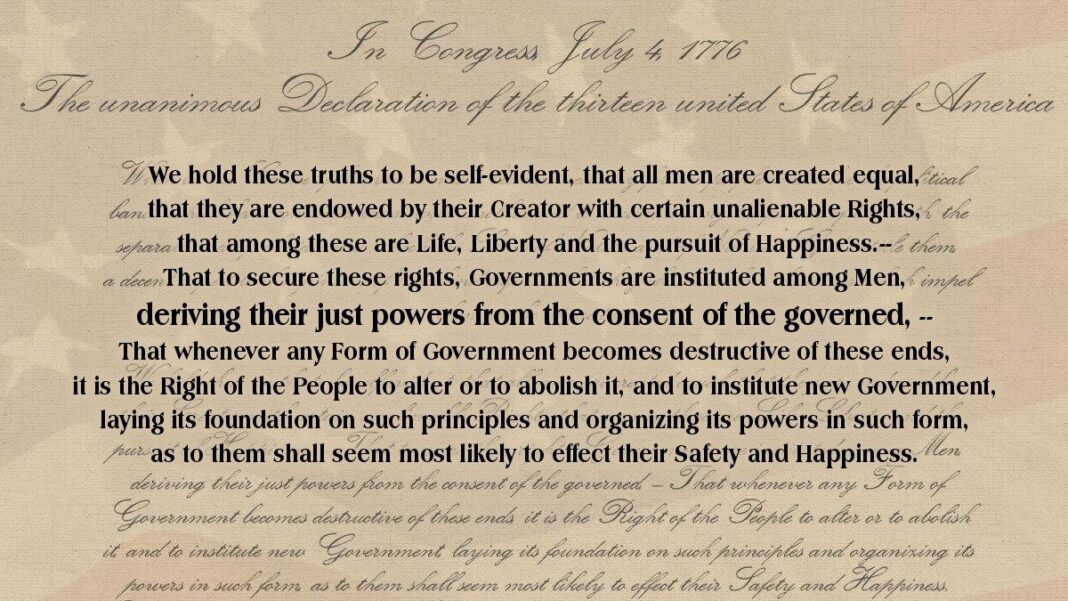 Apparently, Supreme Court Justices are supposed to be cowed into submission to the leftist counterculture by the prospect of “revolution,” according to leftist Senator Jeanne Shaheen (D-NH). Why else would Shaheen have made her outrageous threat, warning of a dire response if the Court doesn’t side with pro-aborts in the case currently before it? The bigger question, not for leftie Shaheen, but for Americans, is why should leftists ever respond with anything short of violence to get their way? It has worked well for them so far.

Beginning in the 1960s, leftists sought to change the political landscape through massive protests that predictably turned violent. Many of them were intentionally orchestrated that way. Of course they hid beneath the banner of “freedom of speech and expression,” as if the Bill of Rights had been written for the sole enablement of Marxists seeking to destroy the United States of America. Often, leftist activism involved bombings and other criminal disruptions, all no-doubt enshrined in the Constitution.
Meanwhile, they waged an insidious war to infiltrate virtually every major American institution, including government schools, along with elected and appointed offices, from which they increasingly warped and perverted the rules until leftist venom and lunacy too often became the accepted “standard.” Now, leftists in public office are able to wield the fearsome power of government virtually without opposition, as they selectively ignore flagrant criminality on the part of their minions on the street, while attacking their conservative political opposition, looking for “infractions” with a fine-toothed comb. The goal is not free speech or open debate, but to smash any resistance to their agenda.

Conservatives have unfortunately grown accustomed to such travesties and injustices over time. Even now, it is rare that major conservative voices express anything more severe than their “dismay” over a supposed “two tiered” justice system, in which leftist Democrats are given leniency while the hammer is dropped on Conservatives. The term is an atrocious understatement. Such action reflects a total abomination of “justice,” and the weaponization of powerful government institutions to assault the life, liberty, and property of the people.

The attack on James O’Keefe by a criminally corrupt FBI in recent weeks is but one example. Throughout the entirety of President Trump’s first term, high government offices worked to overthrow the President’s efforts to fulfill campaign promises to the people of the United States. Once Democrats gained a majority in the Congress, its own institutional treachery was added to the onslaught, with two phony, and purely political “impeachments” waged against the President. Meanwhile, the flagrant corruption of virtually every leftist in high office, from Eric Swalwell (D.-CA) to Nancy Pelosi (D.-CA) to virtually the entire Biden family has been given a complete pass. The aim is clearly not to instill ethical or honest governing, but to empower the left by persecuting the right.

Sadly, too many Americans still wait patiently and passively for the broken system to somehow “fix” itself. With access to literally trillions of tax dollars to squander at their every whim, and not even the slightest fear of being held to account, why should leftists relinquish their hold on power, ill gotten though it may be?

If a restoration of our once great Republic is ever to come, it will not be at the hands of those who have willingly destroyed it. Nor can Americans count on the Republican “Establishment” to join their effort.

As leftists engage in street violence across the land, betray America’s interests overseas, and dismantle every vestige of the American ideal in every institution where they can get a toehold, consider the appalling insipidness of the official Republican response to them. Arkansas RINO Asa Hutchinson has called for “civility,” decrying Republicans who made bad jokes about the raging lunacy on the left. Senate and House Republican “leaders” express their bland disappointment with Biden Cabal policy, as if the systematic demolition of every American bastion of freedom and justice is somehow just the normal “ebb and flow” of politics.

However, the people out in the American Heartland see the situation very differently. The resounding applause of Americans on Main Street over the total acquittal of Kyle Rittenhouse in recent weeks, despite non-stop leftist media efforts to vilify and destroy his character while painting the situation (in which all parties were white) as “racist,” has fallen flat, and even become a topic of ridicule of the left. Americans do not accept the notion that isolated crimes against individuals are inherently “racist.”

Nor do Americans accept leftist excuses and deflections when actual targeting and murder of innocent citizens occurs, as it did in Waukesha Wisconsin, where Darrel Brooks drove his vehicle into a crowd gathered for a Christmas parade, killing six and injuring dozens more. Efforts to suppress Brooks’s real motives and minimize the leftist drumbeat of incitement that fomented the attack aren’t working.

The single greatest fear of the left, in all of this, is that Americans are awakening and increasingly willing to challenge its illegitimate acquisition of power, from Washington D.C. to the local government schools. That is why, in the midst of over a hundred citywide riots in 2020 and 2021, with widespread loss of innocent life and incalculable property damage, leftists have to fixate mindlessly on the January 6 incident, in which a large crowd dared to trespass in the US Capitol. And among that crowd was a contingent of FBI plants, to ensure the event transpired in the best manner for Fake News cameras and grandstanding Democrats to make the most of it.

Leftist Democrat squalling ever since has been as incessant as it was choreographed. From the “fearing for my life” hysteria of AOC to the phony tears of Adam Schiff, the goal is to convince Americans that they have no ability to stop the leftist madness, regardless of how flagrantly the elected “elites” desecrate the Constitution and abominate their oaths of office. The only recourse of the people across the land, in defense of their own rights and property, is to vote when and how leftists in power determine that the people can vote. And of course those same leftists will oversee the counting.

Both the rallying in support of Rittenhouse and the rebuff of leftist Democrat attempts to paint January 6 as the gravest threat American ever faced, stand in total opposition to leftist presumptions of having seized absolute, unaccountable power. According to the Declaration of Independence, the only rightful government is one which has derived its power from the “consent of the governed.” Leftists inside the DC Swamp know that “We the People” know their pathetic charade does not qualify.