A juror in the trial of Derek Chauvin, the former Minneapolis police officer found guilty in the 2020 death of George Floyd, failed to disclose that he attended an event attended by Floyd’s relatives last year, raising questions of impartiality, according to legal experts.

Floyd stopped breathing while being pinned to the ground by Chauvin following an arrest for alleged use of counterfeit money in Cup Foods in Minneapolis in May last year. A jury convicted Chauvin of second-degree murder, third-degree murder, and second-degree manslaughter after closing arguments concluded on April 19.

One of the 12 jurors who deliberated at the trial, Brandon Mitchell, a 31-year-old high school basketball coach who has identified himself, told news outlets in Minneapolis that on Aug. 28 last year, he attended a march in Washington where Floyd’s siblings were present.

A photograph from the event showed Mitchell wearing a black T-shirt with a picture of Martin Luther King Jr. emblazoned with the words “Get your knee off our necks,” and “BLM,” which stands for Black Lives Matter, as well as a baseball cap that says “Black Lives Matter.”

Mitchell on Monday told the Star Tribune that his uncle posted the photo on social media during the event, a commemoration of the anniversary of Martin Luther King Jr.’s “I Have a Dream” speech from 1963.

Mitchell asserted that the event was not a rally for Floyd’s death or against police brutality. All 12 jurors were asked during selection if they had attended any such events as part of a 14-page questionnaire, as well as for their opinions on the Black Lives Matter movement.

Mitchell responded “no” to a question asking if he, or anyone close to him, had ever attended or participated in such events, according to the Star Tribune. Mitchell claimed he had been transparent as a juror about his favorable view of the BLM movement. 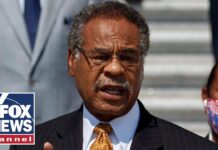 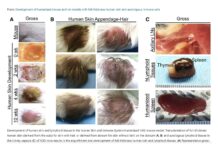 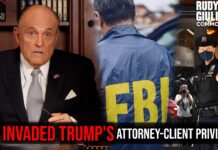