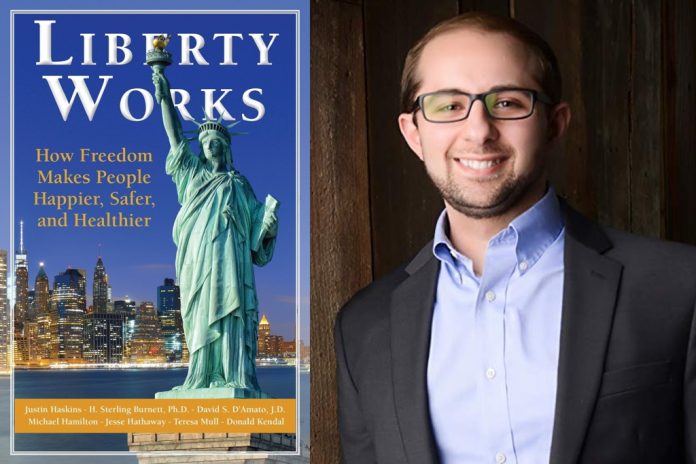 Since the emergence of the very first societies, humankind has been faced with one essential question: Does liberty work?

From the tribal governments created by people of the ancient world to the monarchies of Europe, the most commonly held belief in the history of civilization has been imposing a centralized, all-powerful government is the most effective way to govern. Even today, billions of people throughout the world live under the control of a well-armed, all-powerful group of rulers that grant rights to the people when it’s convenient for the rulers.

These are the ideological shackles the American Founding Fathers worked so hard to rid themselves of in the 18th century. The freedom they won for their descendants has unleashed a tidal wave of innovation and prosperity unparalleled in world history. Despite their achievements, however, the debate over the role and power of government has once again shifted in favor of those who endorse a system run by thousands of central planners and faraway bureaucrats.

Just as the Founding Fathers had to convince their neighbors in their own era of the importance of freedom, the current generation of pro-liberty thinkers and advocates must bring the good news of the power of personal freedom to the world — and we must do so in a way everyone can appreciate and understand.

In Liberty Works: How Freedom Makes People Happier, Safer, and Healthier, a group of freedom-minded writers offer readers a series of articles showing the benefits of liberty for all people in five public policy areas: Constitution and Personal Freedom, Education, Health Care, Environment and Climate, and Economics and Poverty. In these essays, you’ll encounter some of the best data- and logic-based arguments made in favor of the cause of liberty available today. Skeptics of freedom will be challenged to rethink the assumptions undergirding the arguments currently made by the political left.

Freedom works, a powerful centralized government doesn’t, and we’re going to prove it.

Justin Haskins has been published hundreds of times in major American publications, including U.S. News and World Report, The Wall Street Journal, Newsweek, Forbes, The Blaze, New York Post, Reason.com, and many others. Haskins’ work has also been featured by numerous media outlets, including Fox News, New York Times, and the Glenn Beck Radio Program.