The Select Committee to Investigate January 6 has adjourned for a well-deserved summer break. Misleading the public is exhausting work.

A careful review of the official transcripts of its eight long hearings shows the committee repeatedly made connections that weren’t there, took events and quotes out of context, exaggerated the violence of the Capitol rioters, and omitted key exculpatory evidence otherwise absolving former President Donald Trump of guilt. While in some cases it lied by omission, in others it lied outright. It also made a number of unsubstantiated charges based on the secondhand accounts—hearsay testimony—of a young witness with serious credibility problems.

These weren’t off-the-cuff remarks. Panelists didn’t misspeak. Their statements were tightly scripted and loaded into teleprompters, which they read from verbatim.

In other words, the committee deliberately chummed out disinformation to millions of viewers of not just cable TV, but also the Big Three TV networks—ABC, CBS, and NBC—which agreed to pre-empt regular daytime and even primetime programming to air the Democrat-run hearings. And because Democrats refused to allow dissenting voices on the panel or any cross-examination of witnesses, viewers had no reference points to understand how they, along with the two Trump-hating Republicans they allowed on the committee, shaded the truth.

This charade of an honest investigation appears to have had the desired effect. Polls show the Jan. 6 hearings hurt Trump, who plans to run again, with Independents. Unaffiliated voters have grown more likely to blame Trump for the Capitol riot and to show support for Democrats in the midterms, according to a new Morning Consult/Politico survey.

With the November elections fast approaching, Democrats plan to hold another round of hearings next month, hoping voters pay even closer attention. With that in mind, it’s important to examine the false claims and distortions they no doubt will repeat. They are legion. Here’s the fact-checking the viewing public—and electorate—thus far has been denied.

CLAIM: While committee chair Bennie Thompson (D-Miss.) excoriated Trump for not calling off the Capitol rioters earlier, he claimed they were “savagely beating and killing law enforcement officers,” according to the transcript of his remarks from the prime-time July 21 hearing, carried live by the networks.

FACT: No police officer was killed during the riot. 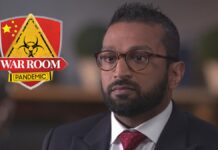