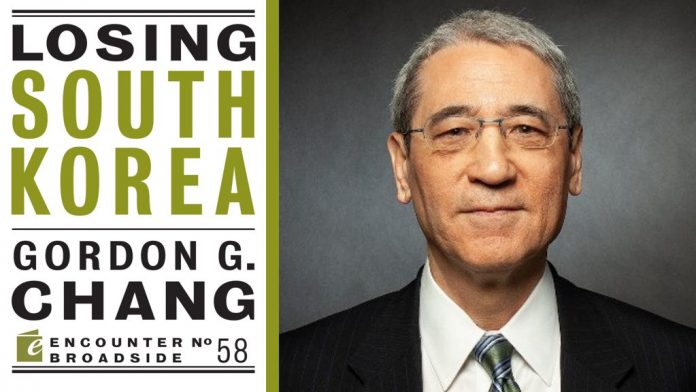 What would happen if the maniacal tyranny in Pyongyang took over the vibrant democracy of South Korea? In his book Losing South Korea, Gordon Chang expalins that today, there is a real possibility that the destitute North Korean regime will soon dominate its thriving southern neighbor, with help from the government in Seoul itself.

More than any South Korean president before him, Moon Jae-in is intent on achieving Korean union, even if it’s done on Pyongyang’s terms. To that end, he has been making South Korea compatible with the totalitarian North, and distinctly less free. He is also removing defenses to infiltration and invasion and taking steps to end his country’s only real guarantee of security, the alliance with the United States.

If Moon’s policy results in handing Kim Jong Un a “final victory” and South Korea falls to despotism, America will lose the anchor of its western defense perimeter, and the free world will be at risk.

Gordon Chang lived and worked in Asia for almost two decades. He is the author of Nuclear Showdown: North Korea Takes On the World and The Coming Collapse of China. Follow him on Twitter @GordonGChang.