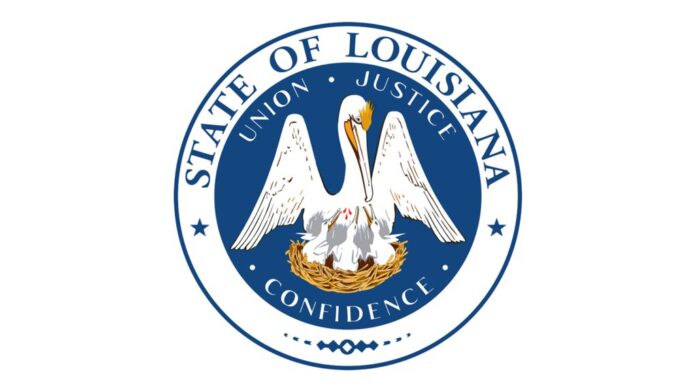 State and federal lawmakers who represent St. Mary, Louisiana sent a letter over the New Years weekend designed to block the acceptance of Democratic electors who would confirm former Vice President Joe Biden’s election as president.

Please reject the electors for the Biden/Harris ticket from the states of Arizona, Georgia, Michigan, Nevada, Pennsylvania, and Wisconsin (hereafter sometimes referred to as “the aforementioned states”) when Congress meets on January 6, 2020 to certify the vote.

Following the deliberations of the Constitutional Convention of 1787 (ironically held in Philadelphia, Pennsylvania), Benjamin Franklin was asked, “… what have we got, a republic or a monarchy?” With no hesitation whatsoever, Franklin responded, “A republic, IF you can keep it.”

In order to preserve our Republic, the framers gave us the U.S. Constitution as the guiding document. The Founding Fathers created a buffer against fraudulent elections by directing the Legislatures in each respective state to choose electors. Article II, Section 1, Clause 2, states as follows:

“Each State shall appoint, in such Manner as the Legislature thereof may direct, a Number of Electors, equal to the whole Number of Senators and Representatives to which the State may be entitled in the Congress; but no Senator or Representative, or Person holding an Office of Trust or Profit under the United States, shall be appointed an Elector.”

In each of the aforementioned states, unelected, unaccountable judges and other unauthorized persons set about to revoke election integrity laws thereby endorsing, enabling and encouraging election fraud. Every fake vote cast by, or on behalf of, an unqualified or non-existent voter for Biden/Harris robs an actual legitimate Trump/Pence voter and cancels out his or her vote. When those aforementioned states failed to correct fraud (or in some cases, failed to even address it) and put forth their Electoral College slate of electors based upon this abrogation of the law, those aforementioned states disenfranchised states such as Louisiana whose electors lawfully elected Trump/Pence.

Based upon the fact that a total of nineteen (19) states have challenged the unconstitutional “appointment” of the electors for the aforementioned states, it is clear that roughly half of the country disputes the “results” of the election in these swing states. As you are all aware, the State of Texas was joined last month in its lawsuit against Pennsylvania by our own state of Louisiana and seventeen other states, namely Arizona, Missouri, Alabama, Arkansas, Florida, Indiana, Kansas, Mississippi, Montana, Nebraska, North Dakota, Oklahoma, South Carolina, South Dakota, Tennessee, Utah and West Virginia. (See STATE OF TEXAS v. COMMONWEALTH OF PENNSYLVANIA, STATE OF GEORGIA, STATE OF MICHIGAN, AND STATE OF WISCONSIN (U.S. Supreme Court Docket No. 220155.)

As was so aptly put in your Amicus Brief to the Texas v Pennsylvania case, supra, which was signed by 106 members of Congress – over a quarter of the total membership of Congress – “(t)he Separation-of-Powers Provision of the Electors Clause Is a Structural Check on Government That Safeguards Liberty,” and, “It is no accident that the Constitution allocates such authority to state Legislatures, rather than executive officers such as Secretaries of State, or judicial officers such as state Supreme Courts. The Constitutional Convention’s delegates frequently recognized that the Legislature is the branch most responsive to the People and most democratically accountable.”

The Electoral College slates from the aforementioned states should be rejected for many reasons, including:

With such glaring irregularities, fraud, and abuse, it is of utmost importance to preserve the integrity of our election process and the confidence of the people by rejecting this contrived outcome. We cannot expect our republic to continue if we are willing to compromise the very safeguards put in place through state laws and our Constitution.

Therefore, we expect that when you should have opportunity to speak up and take a stand on the side of truth and justice, you will stand for the people of our state and nation who have been disenfranchised in this election. We are asking you to refuse to certify the Electoral College ballots for the Biden/Harris ticket from the states of Arizona, Georgia, Michigan, Nevada, Pennsylvania, and Wisconsin.

The failure of Congress to certify the results of these aforementioned states will allow an up-or-down vote of Congress to preserve our Republic from the clear and present danger of the theft of our election system. When that vote in Congress arises, we are asking you to vote for the Trump/Pence ticket.


“A fair and credible audit — conducted expeditiously and completed well before January 20 — would dramatically improve Americans’ faith in our electoral process and would significantly enhance the legitimacy of whoever becomes our next President.”
~ Senator John Kennedy

“There is sufficient evidence, at a minimum, to investigate criminal acts, which may have compromised the integrity of our election. This effort and action to safeguard our election systems must continue, even beyond January 20, 2021.”
~ Rep Clay Higgins 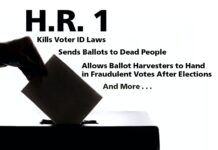 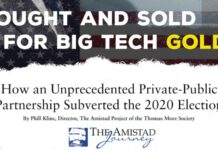 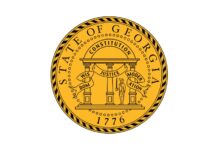