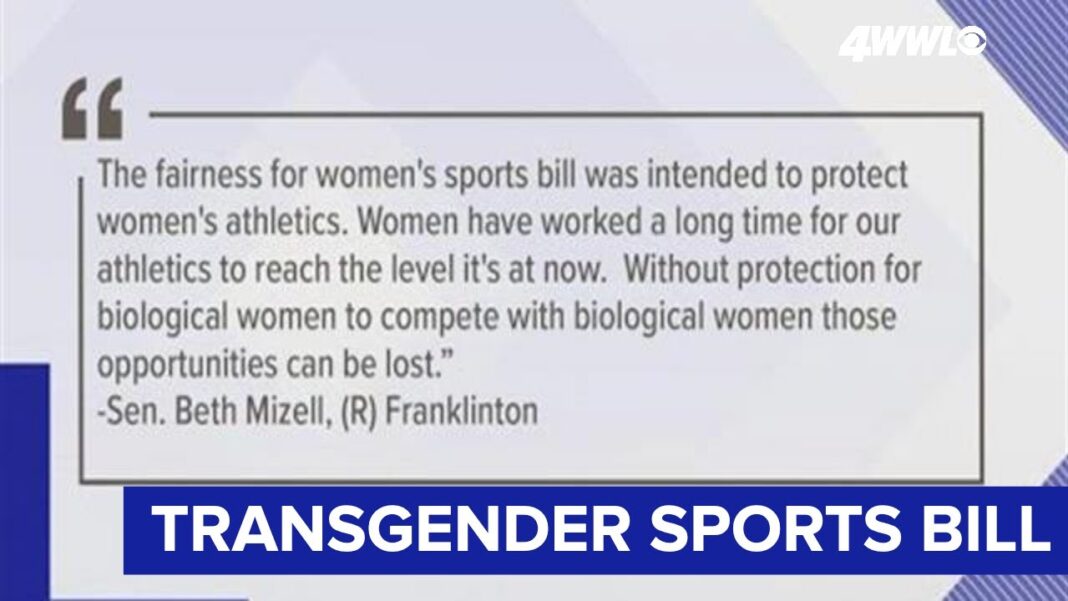 Transgender females will be banned from playing on girls and women’s sports teams at schools and colleges in Louisiana after the governor took no action to veto or sign a bill passed by the GOP-controlled legislature.

Gov. John Bel Edwards, a Democrat, who is opposed to the bill, said he took no action on Senate Bill 44 because it “was going to become law whether or not I signed it or vetoed it” because of the current make up of the Louisiana State Legislature.

Under Louisiana law, any bill that passes the state’s House and Senate automatically becomes law by the end of the legislative session if the governor takes no action.

“It became very clear to me after two years, seeing the votes on both sides, and in the conversations that I had with a number of legislators, that that bill was going to become law regardless of what I did,” Edwards told reporters on Monday.

The bill, titled the Fairness in Women’s Sports Act (pdf), will require K–12 schools and universities to “designate intercollegiate and interscholastic athletic teams according to the biological sex of the team members” recorded at birth.

It specifically provides that teams designated for females “are not open to participation by biological males,” which includes transgender females.

Louisiana is not the first state to enact such laws. The issue of transgender athletes competing in female sports has been a significant issue.

Proponents of similar bills have argued that the physical advantage transgender females have as biological males in the sporting arena is taking opportunities away from biologically female athletes.

SB44 seeks to address that, stating that “the biological differences between females and males” provide biological males, at puberty, with “lifelong effects” that are “most important for success in sports.”

“Categorically, they are strength, speed, and endurance generally found in greater degrees in biological males than biological females,” the bill states.

The bill therefore seeks to protect biological women and girls from that physiological advantage that transgender females benefit from in sports owing to being born biological males.