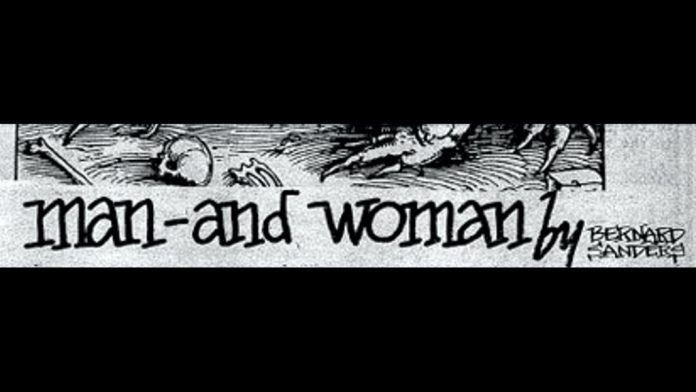 Presidential candidate, Senator Bernie Sanders, wrote an article called Man and Woman that was published in the Vermont Freeman in mid-February 1972. The article appears to include his feelings that men enjoy gang rape fantasies and childhood rape.

It’s honestly wild to me that no campaign has attacked Bernie for writing about women having rape fantasies https://t.co/0pMArmEArS

Read Man and Woman by Bernie Sanders below:

A man goes home and masturbates his typical fantasy. A woman on her knees, a woman tied up, a woman abused.

A woman enjoys intercourse with her man — as she fantasizes being raped by 3 men simultaneoulsy.

The man and woman get dressed up on Sunday — and go to church, or maybe to their “revolutionary” political meeting.

Have you ever looked at the Stag, Man, Nero, Tough magazines on the shelf of your local bookstores? Do you know why the newspapers with articles like “Girl 12 raped by 14 men” sell so well? To what in us are they appealing?

Women, for their own preservation, are trying to pull themselves together. And it’s necessary for all of humanity that they do so. Slavishness on the one hand breeds pigness on the other hand. Pigness on one hand breeds slavishness on the ohter. Men and women — both are losers. Women adapt themselves to fill the needs of men, and men adapt themselves to fill the needs of women. In the beginning there were strong men who killed the animals and brought home the food — and the dependent women who cooked it. No more! ONly the roles remain — waiting to be shaken off. There are no “human” oppressors. Oppressors have lost their humanity. One one hand “slavishness,” on the other hand “pigness.” Six of one half dozen of another. Who wins?

Many women seem to be walking a tightrope now. Their qualities of love, openness, and gentleness were too deeply enmeshed with qualities of dependency, subservice, and masochism. How do you love — with — out being dependent? How do you be gentle — without being subservient? HOw do you Maintain a relationship without giving up your identity and without getting strung out? How do you reach out and give your heart to your lover, but maintain the soul which is you.

And Men, Men are in pain too. They are thinking, wondering. What is it they want from a women? Are they at fault? Are they perpetrating this man-woman situation? Are they oppressors?

“But in reality,” he said, “If you ever loved me, or wanted me, or needed me (all of which I’m not certain was ever true), you also hated me. You hated me — just as you have hated every man in your entire life, but you didn’t have the guts to thell me that. You hated me before you ever saw me, even though I was not your father, or your teacher, or your sex friend when your were 13 years old, or your husband. You hated me not becasue of who I am, or what I was to you, but because I am a man. You did not deal with me as a person — as me. You lived a lie with me — and that’s a piggy thing to do.”

And she said, “You wanted me not as a woman, or a lover, or a friend, but as a submissive woman, or submissive friend, or submissive lover; and right now where my head is I balk at even the slightest suspicion of that kind of demand.

And they never again made love together (which they had each liked to do more that anything) or never ever saw each other one more time.