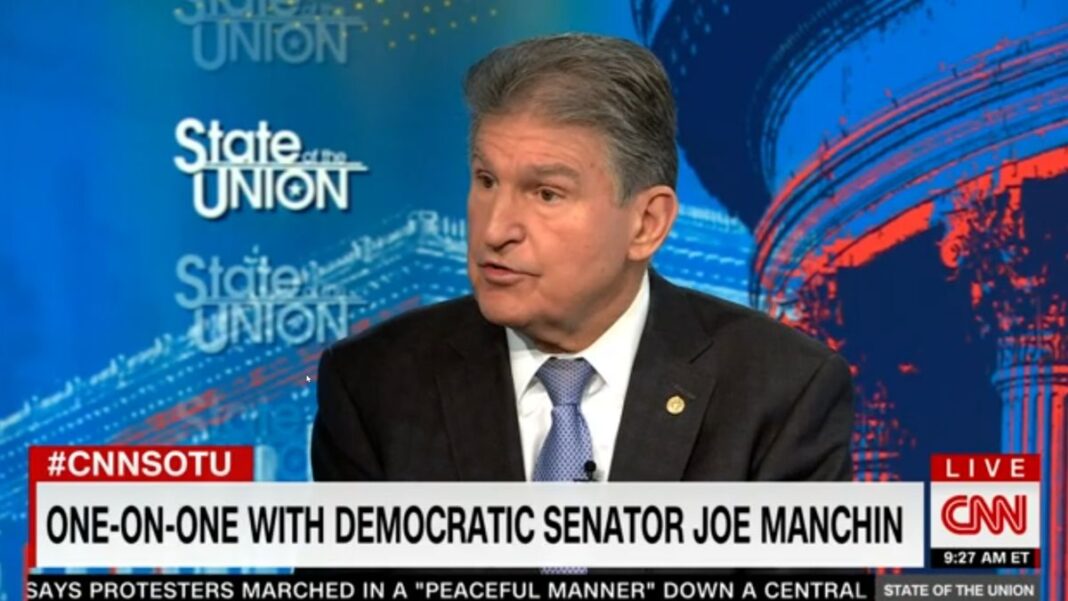 Democratic Sen. Joe Manchin of West Virginia said on Sunday that it’s a “mistake” that the White House won’t negotiate with Republicans on the debt ceiling limit.

The senator made his comments on CNN’S Sunday “State of the Union” program when Dana Bash, the show’s host, asked his opinion regarding the recent White House statement that Congress pass a “clean debt ceiling increase” with “no negotiations with Republicans at all.”

“I think it’s a mistake because we have to negotiate,” Manchin responded. “This is a democracy … a two-party system. We should be able to talk and find out where our differences are,” he said.

“Using the debt ceiling and holding it hostage hasn’t worked in the past,” he continued, referring to 2011 and 2013 when Republicans held a majority in the House during the Obama administration. Manchin didn’t elaborate on which party is currently using the tactic.

The United States technically reached its borrowing limit of $31.4 trillion on Jan. 19, but in a letter sent from Treasury Secretary Janet Yellen to Republican Majority Leader Kevin McCarthy on Jan. 13, the Treasury Department said it will take “extraordinary measures to prevent the United States from defaulting on its obligations.” The measures listed in the letter include suspending scheduled payments into government employee pension funds, which would be “made whole” once the “debt limit impasse has ended.”

Yellen predicted that these “extraordinary measures” will last until June, at which point a default would occur, causing “irreparable harm to the U.S. economy, the livelihoods of all Americans, and global financial stability.” In a Twitter post on Jan. 21, Yellen said that a default would mark the first in U.S. history. “Since 1789, the U.S. has always paid all of its bills,” she wrote.