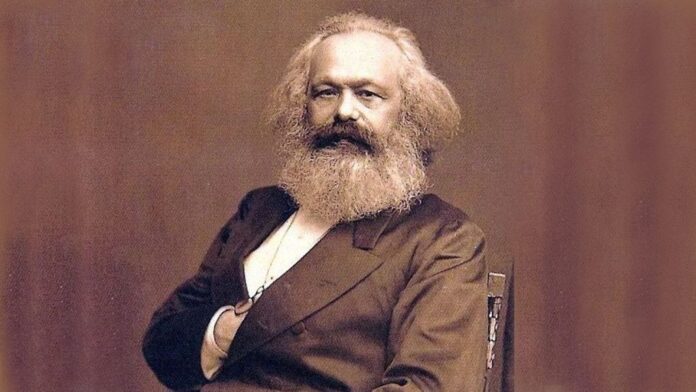 Sunday night I watched “Life, Liberty, and Levin” on television. My long-time friend and former colleague Paul Kengor was one of Mark Levin’s guests. The focus of the show was Levin’s new book, “American Marxism.” Kengor is a leading Cold War historian, an expert on Marxism, and a prolific author. The brilliant pair discussed how ubiquitous and ferociously aggressive Marxism is in today’s America.

What we’re witnessing is the culmination of trends that have been in place for at least a century. My first book—“America’s March Toward Communism” (Libertarian Press, Inc., 1987)—reviewed the great extent to which most of the principles contained in Karl Marx’s ten-point platform for how to socialize an economy (spelled out in “The Communist Manifesto”) had been adopted as official policy in the United States. While I have had readers in the decades since the ’80s express amazement at how I saw the patterns “way back then,” I don’t feel I was at all prescient. Actually, I’m amazed that what I wrote wasn’t common knowledge then, because the domestic policies that have gradually implemented Marx’s agenda had been standing in plain sight for decades.

I provided a couple of brief updates on the status of the ten-point platform when Barack Obama was president. Not surprisingly, given his ideology (his mentor had been the card-carrying communist Frank Marshall Davis, about whom Kengor has written the definitive biography), Obama’s administration pressed ahead on all ten points. I found the two most alarming to be the expansion of power wielded by the Federal Reserve (Plank #5 in Marx’s platform is to centralize credit under the control of government) and the increasing centralization of control over education in Washington (Plank #10).

Nothing that has happened in the eight years since I wrote those updates has changed my mind. The Fed continues to debase our currency and enable Congress’s unconscionable runaway spending by essentially practicing Modern Monetary Theory. And the education establishment, which already has been committing gross professional malpractice against our children such as by causing serious emotional distress by cramming “climate change” ideology down their throats, now wants to continue to abuse children and bash America using critical race theory. (Levin’s new book, by the way, includes ideas on how to thwart the educrats.)

I believe the threat to our children is the most pressing of the many Marxian-related threats we face. Two personal anecdotes: (1) When I returned to college nearly half a century ago to earn a teaching certificate, even back then I was taught little about pedagogical techniques but subjected to much fuzzy collectivist preaching. (2) A friend’s brother held a high rank in the Michigan Education Association teachers union. He firmly believed parents should have no control over what and how their children are taught. Instead, he believed that professional educators should have monopoly power over this crucial activity. Think of this in the context of President Joe Biden’s push for universal pre-school—especially in light of the recent Harvard research showing that pre-school is often counterproductive and developmentally inappropriate, causing needless emotional problems and resulting in a huge increase of children having to take drugs.

Mark Hendrickson, an economist, recently retired from the faculty of Grove City College, where he remains a fellow for economic and social policy at the Institute for Faith and Freedom.