The Biden administration is considering a return to the type of southern border wall construction that had been the norm under former President Donald Trump, in order to fill in “gaps” made all the more glaring by the sudden immigration crisis, according to a report.

Speaking to Immigration and Customs Enforcement staffers last week, according to notes from the meeting reviewed by the Washington Times, Homeland Security Secretary Alejandro Mayorkas said Customs and Border Protection had submitted a plan to his department on what it wanted to see moving forward.

“The president has communicated quite clearly his decision that the emergency that triggered the devotion of DOD funds to the construction of the border wall is ended,” the DHS secretary reportedly told the group.

Some of that, Mayorkas said, would include “gaps,” “gates” and areas “where the wall has been completed but the technology has not been implemented.”

Discussing the plan submitted by CBP, Mayorkas told those in the meeting, “It’s not a single answer to a single question. There are different projects that the chief of the Border Patrol has presented and the acting commissioner of CBP presented to me.” 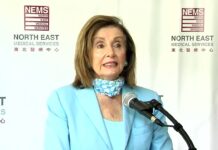 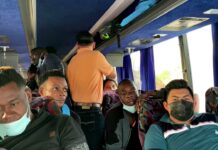 Catch-and-Bus: Thousands of Freed Border-Crossing Immigrants Are Dispersing Across America 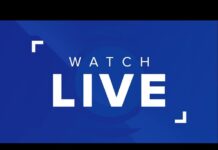