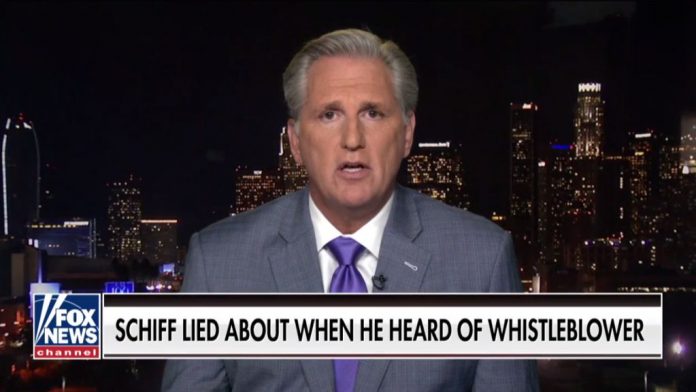 House Minority Leader Kevin McCarthy, R-Calif., sent a letter on Thursday to House Speaker Nancy Pelosi, D-Calif., calling on her to suspend the impeachment inquiry into President Trump until “equitable rules and procedures” are set up.

“Unfortunately, you have given no clear indication as to how your impeachment inquiry will proceed – including whether key historical precedents or basic standards of due process will be observed,” McCarthy said in his letter. “In addition, the swiftness and recklessness with which you have proceeded has already resulted in committee chairs attempting to limit minority participation in scheduled interviews, calling into question the integrity of such an inquiry.”

READ⬇️ I’ve written to Speaker Pelosi to halt the impeachment inquiry until we can receive public answers to the following questions. Given the enormity of the question at hand—impeaching a duly elected president—the American public deserves fairness and transparency. pic.twitter.com/EFKOghyf9w