Home Politics Politicians McConnell Is Negotiating Against Himself 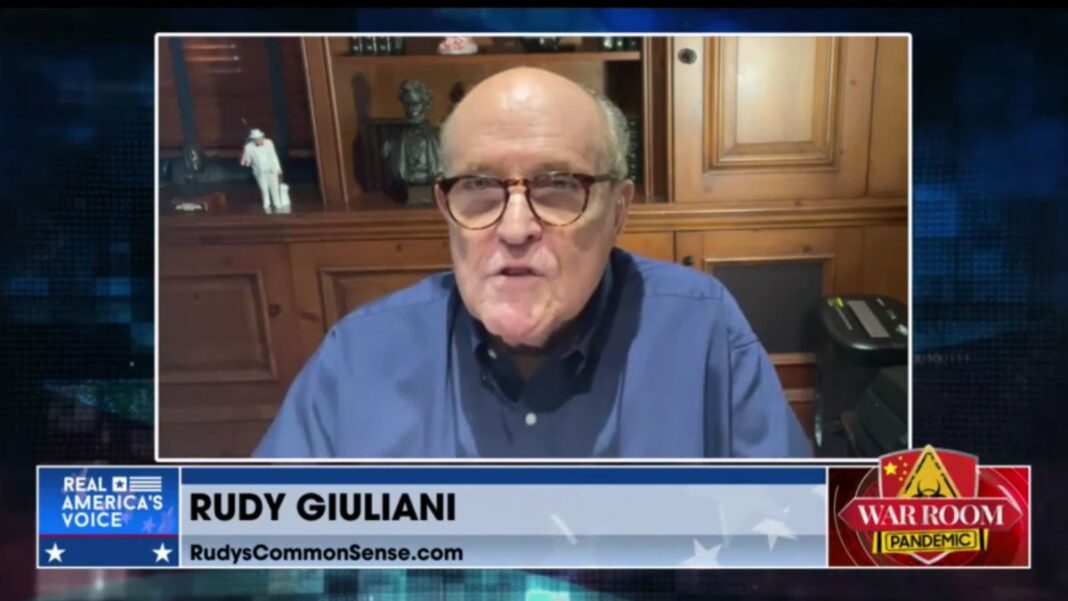 Mayor Rudy Giuliani receives the plaudits of host Steve Bannon for his role as a steadfast supporter of Donald Trump, and then gives his assessment of the Republican failures in Congress.

“There’s no doubt that McConnell ever lifted a finger” to support Trump on the Russia collusion hoax, and as for his leadership sftyle:  “He begins by negotiating against himself. … Right now we need some people in the Senate who are as tough as … the Democrats are… and then we could block them a lot more effectively, even make our political points more effectively, and McConnell wants to meet them halfway, and meeting them halfway is doing what they want.”