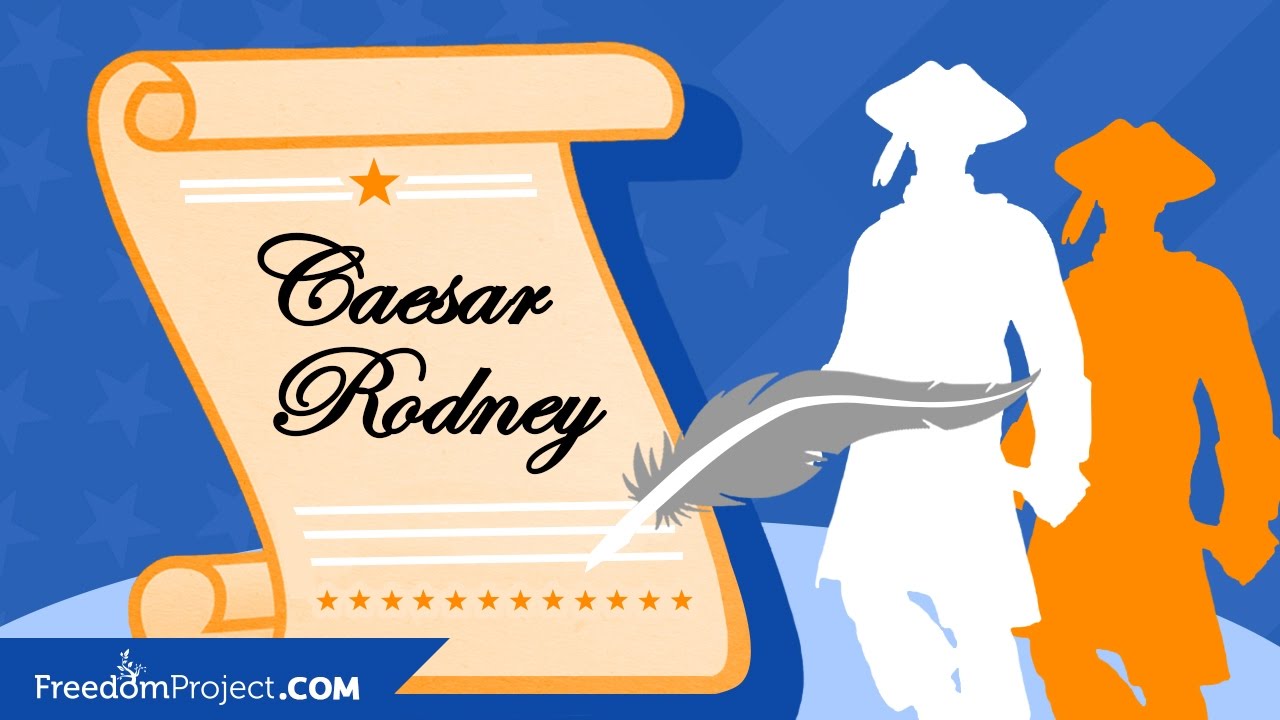 Sadly, Memorial Day 2021 finds America under the pall of an enemy that in many ways exceeds the threat posed by all others. For this enemy lurks from within.

Among the least flamboyant signatures on the Declaration of Independence was that of Delaware’s Caesar Rodney. And as he appeared in Philadelphia on that original Independence Day in 1776 to sign the Declaration, he might have seemed a bit of a curiosity. He had ridden through the night on horseback from his home in Delaware, in a last ditch effort to save the Congress from a stalemate, and was covered in mud from his ordeal. But it was the scarf he wore across the side of his face that made his appearance so odd. What the scarf said about Rodney, and ultimately every signer in that room, is a testament to the true greatness of Americas who have willingly sacrificed all for their Nation.

Rodney was suffering from a form of cancer that had disfigured his face. Hence the scarf. What was little known however, is that he had been planning to travel abroad to see the one doctor who was known to be successful in treating maladies like that suffered by Rodney. That doctor lived in England. Rodney knew, as he strode forward to put his name on that document, that he would be declared an enemy of the crown. With that, no trip to England, and hence no cure, would be possible. So on that day when so many others were celebrating, as John Adams exhorted, with fireworks and other joyous displays, Rodney was knowingly and willingly signing his own death sentence.

What a fitting testament that was to the very forging of our Great America, from the sweat and blood of those who gave their all for their country. Rodney deserves to join the ranks of those who fought, suffered, and died on so many blood-stained fields of battle, from Lexington to New Orleans, Bull Run and Gettysburg, to the Twentieth Century World Wars, Korea, and the Middle-East where Americans have courageously stepped forward and into the fray, having taken that oath first and foremost to support and defend the Constitution of the United States against all enemies, foreign and domestic.

How much American blood has been spilled in the last quarter millennium out of allegiance to this oath? How many lives were given? It is their deeds of honor that we recognize and celebrate this Memorial Day. It was they who made the sacrifices that birthed and preserved our Great Nation from heinous and tyrannical enemies who, had they prevailed, would have destroyed the liberty, and vanquished the pursuit of happiness that was deemed an “inherent right” from God by our Founders. The enormity of those threats was eclipsed by the heroism of those who wore the uniforms and fought the fight for America.

Sadly, Memorial Day 2021 finds America under the pall of an enemy that in many ways exceeds the threat posed by all others. For this enemy lurks from within. It wages its war insidiously against the souls of the people, cowing many into capitulation, and blinding others to its real nature, so they remain immobile until it is to late for them to oppose it.

The bayonets, cannons, battleships, tanks and bombers of former wars were easily recognizable as obvious arms of a monster that meant us ultimate harm. But the lies and moral poison currently being wielded against America by the political left, while not always as immediately apparent, are no less a mortal threat if they prevail. And their venom permeates so many offices and institutions of our Nation that their overall effect is potentially far greater than that of any foreign military force.

It is time for heroes to arise from amongst us once again. Rarely if ever throughout history have wars been fought as any sort of “repeat” of previous engagements. As tactics and military capabilities advanced, so did the battle plans and strategies of the fight. That fact is no different now, when the “field of battle” is one of information over lies, and a steadfast allegiance to reality over the lunacy of leftist ideology. Failing to recognize this truth would be akin to marching against an F-22 Fighter jet with a cap and ball musket.

The Good people of America showed up at the ballot box on November 3 of last year, ready to do their duty by voting in massive numbers for a continuation of President Trump’s efforts to preserve and protect the greatness of our Nation. That was an honorable endeavor by sincere Patriots. But what Americans didn’t count on was the pernicious and treasonous efforts of leftist Democrats to remove the election from the hands of the people. Americans watched in shock and horror as vote “counting” in those six “swing states,” where President Trump was handily winning, suddenly went inexplicably silent, and behind closed doors, massive fraud and chicanery ensued, by which the election was stolen.

The propaganda onslaught of the left was just as massive, and just as pernicious. Leftist Fake News outlets instantly declared Biden the uncontested winner, venomously mocking and attacking any who dared question the outcome, or make any reference to the dubious actions by which it was attained. All too quickly and easily, the predictable voices of the Republican “Establishment” began to concede and capitulate. This was not the time for “healing and uniting” with those who had perpetrated the theft. It was a time for standing firmly and speaking the truth boldly. Sadly, too many Americans, and particularly many of those in public office, were not up to the task.

Now, the persistent efforts of the true heroes of 2021 are beginning to yield results. From Arizona, where an actual full audit of the vote is being conducted in Maricopa County, to Wisconsin, Pennsylvania, and Georgia, Americas are refusing to settle for the lies peddled to them last November, and are demanding to see the real ballots, the real data, and the real results of last year’s election.

Leftist Democrats, their Fake News parakeets, and their fellow traitors in the GOP are all in a panic, and doing everything in their power to shut down any proper review of the actual ballots and votes. This is hardly the reaction of a political movement that actually believes it will be vindicated by the truth. So the personal attacks and mockery of any who voice doubts of the legitimacy of the 2020 election continue to escalate.

Americans must decide now whether they will be willing to fight this “Great War” of the Twenty-First Century, or if it is just too much of a headache for them to get involved. But if this battle for America is fought and won, the honors and respect for the warriors in this fray should be no less than any that have been given to those Americans who carried the Flag and faced the enemy’s fire. Our Nation’s fate literally hangs in the balance.