German politician Christine Anderson is serving as an Alternative for Germany Member of the European Parliament. During the press conference “EU Parliament Opposes Mandate Agenda” held on October 30, 2021, she gives her strong opinions on vaccine mandates and vaccine passports (the Digital Green Certificate), discussing where they come from and where they will lead.

Cristian Terheș MEP (Romania): I would like my colleague, Christine Anderson, to have the opening.

Christine Anderson MEP ( Germany): Yes, hello. First of all, thank you very much for all of you that went to great length to express your support to us in an overwhelmingly huge amount of emails. Thank you so much, we’re doing this for you.

All through Europe, governments have gone to great length to get people vaccinated. We were promised the vaccinations will be a game-changer and it will restore our freedom. Turns out none of that was true. It does not render you immune, you can still contract the virus and you can still be infectious. The only thing this vaccine did for sure was to spill billions and billions of dollars in the pockets of pharmaceutical companies. I voted against the Digital Green Certificate back in April. Unfortunately it was adopted, none the less. And this just goes to show there’s only a minority of MEP’s who truly stand for European values. The majority of MEPs, for whatever reasons unbeknown to me, obviously support oppression of the people, while claiming shamelessly to do it for the people’s own good. But it is not the goal that renders a system oppressive, it is always the methods by which the goal is pursuit.

Whenever a government claims to have the people’s interest at heart, you need to think again. In the entire history of mankind there has never been a political elite sincerely concerned about the well-being of regular people. What makes any of us think that it is different now? If the Age of Enlightenment has brought forth anything, then certainly this, never take anything any government tells you at face value. Always question everything any government does or does not do. Always look for ulterior motives and always asked Cui bono? who benefits? Whenever a political elites pushes an agenda this hard, and resort to extortion and manipulation to get their way, you can almost always be sure your benefit is definitely not what they had at heart.

As far as I’m concerned I will not be vaccinated with anything that has not been properly vetted and tested and is shown no sound scientific evidence that the benefits outweigh the disease itself and possible long-term side effects, which to this day we don’t know anything about. I will not be reduced to a mere Guinea pig by getting vaccinated with an experimental drug, and I will most assuredly not get vaccinated because my government tells me to and promises, in return, I will be granted freedom. Let’s be clear about one thing, no one grants me freedom, for I am a free person. So I dare the European Commission and the German government, throw me in jail. Lock me up and throw away the key, for all I care. But you will never be able to coerce me into being vaccinated if I, the free citizen that I am, choose not to be vaccinated.

Lastly, I would like you to think about this one. The compulsory use of the Digital Green Certificate undermines everything that Europeans stand for. It violates constitutional guaranteed, fundamental rights, and it constitutes the first step towards the insufferable Chinese Social Credit System. I will never stand for this. I will never put up with this. 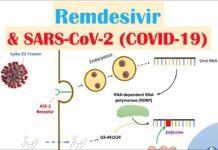