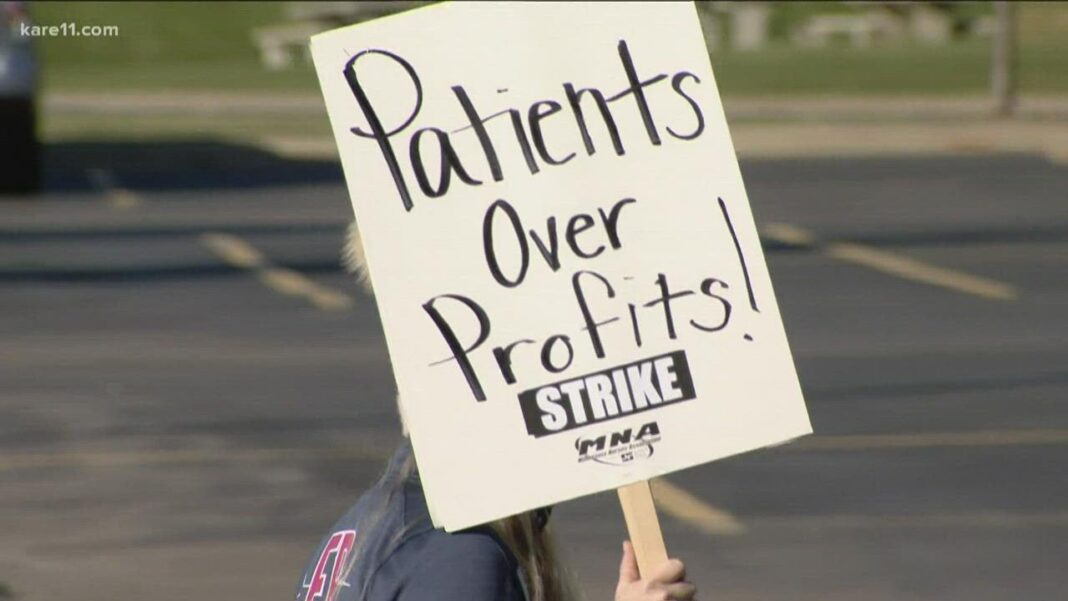 A hospital in Minnesota confirmed it temporarily shut down its emergency room and urgent care facility due to a nurse strike.

Allina Health, located in Plymouth, told The Epoch Times that due to the strike, emergency and urgent care services at its WestHealth location were suspended from Sunday morning until Wednesday.

“No other services on the WestHealth campus have been impacted,” Allina Health’s statement said before it redirected people to seek urgent or emergency care at its Abbott Northwestern Hospital Emergency Department and other locations.

The City of Plymouth also confirmed that the hospital’s emergency room and urgent care facilities were shut down, releasing a list of nearby locations for emergency services on its website.

“Compensating nurses fairly for holiday pay is especially critical because understaffing by Allina and other hospital systems has required nurses to work more days and longer hours, including overtime and holidays, as they continue on the front lines of the COVID-19 pandemic,” the nurses association said.

But Allina Health and Abbott Northwestern WestHealth negotiated seven times with the statewide union, noting that a “settlement was previously reached and unanimously recommended” by the union, according to the company’s statement.  However, the Minnesota Nurses Association didn’t finalize the deal and went ahead with the strike, it added.

“Throughout negotiations, we have consistently offered proposals that demonstrate our commitment to our employees, including an immediate wage increase to align wages with other metro hospitals and agreeing to some of the union’s other priority issues,” Allina told The Epoch Times.

But one striking nurse, union chairwoman Sonya Worner, told Fox9 that Allina Health carried out “a diabolical decision to shut down care to the residents, as well as their own revenue.”

“This could literally end tomorrow if we got a call saying, ‘Yes we’ll offer you summer holiday pay as part of this package,’” Worner added.