Highlights of “Miracle on Ice”

On February 22, 1980, the United States Olympic hockey team, made up of amateur college players, pulled off one of the greatest upsets in Olympic history. They defeated the four-time defending gold-medal winning Soviet team, professional players who were considered the best in the world. The score was 4-3, in what is called the Miracle on Ice. The game was played before a sold out crowd in Lake Placid, New York.

The head coach for the U.S. team was Herb Brooks. He held team tryouts in the summer 1979 in Colorado Springs, Colorado. Buzz Schneider returned to the team as a member from the 1976 Olympic team. There were nine players who had played under Herb Brooks at the University of Minnesota and those included Rob McClanahan, Mike Ramsey, and Phil Verchota and four team members from Boston University, Dave Silk, Jack O’Callahan, goaltender Jim Craig, and team captain Mike Eruzione. Boston University and Minnesota were rivals in college hockey and it took months for head coach Herb Brooks to bring some of the hot headed team members together as a team.

Herb Brooks had selected his players carefully and he knew the limits of each of his players. Forward John Harrington said, “He knew exactly where to quit. He’d push you right to the limit where you were ready to say, ‘I’ve had it, I’m throwing it in’ — and then he’d back off.”

Herb Brooks campaigned for the players’ selection of Mike Eruzione as their team captain, and Jim Craig had already been the goalie for him in the 1979 World Championship tournament. Brook’s Assistant coach, Craig Patrick, had played with Brooks on the 1967 U.S. national team.

Below are highlights from the Miracle on Ice, U.S. vs Russia in the 1980 Olympic games!!!

At the Winter Olympics of 1980, after two tense weeks amidst growing Cold War fears, the U.S. Olympic hockey team found themselves playing improbably against the legendary unbeatable Soviet Army hockey team for a chance at Olympic Gold. From the live footage taken at Lake Placid, NY, and through interviews beginning with the team’s assembly through the experience of winning the gold medal, we meet the young hockey legends Jim Craig, Mike Eruzione, Jack O’Callahan, Coach Herb Brooks, Manager Craig Patrick, and Russian players Vladislav Tretiak and Boris Mikhailov, with commentary by ABC Sports broadcasters Al Michaels (who yelled, “Do you believe in miracles?” as time expired) and Jim Lampley.

The true story of Herb Brooks, the player-turned-coach who led the 1980 U.S. Olympic hockey team to victory over the seemingly invincible Soviet squad.

Miracle (2004) is filled with exhilarating nonstop hockey action and heart-racing suspense. Miracle (2004) is the inspiring true story behind one of the greatest moments in sports history — the 1980 United States ice hockey team’s triumphant Olympic victory against the Soviet Union. Kurt Russell gives a brilliant performance as the dynamic and determined coach Herb Brooks, who had an impossible dream — beat the seemingly unbeatable Soviets at their own game. Starting with a handpicked group of 26 undisciplined kids, Brooks coached them to play like they never played before, and turned 20 of them into a team that believed they could achieve the unachievable — and in the process, united a nation with a new feeling of hope. 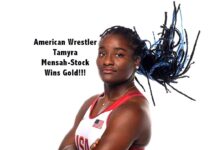 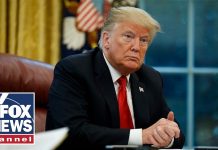 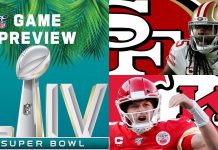