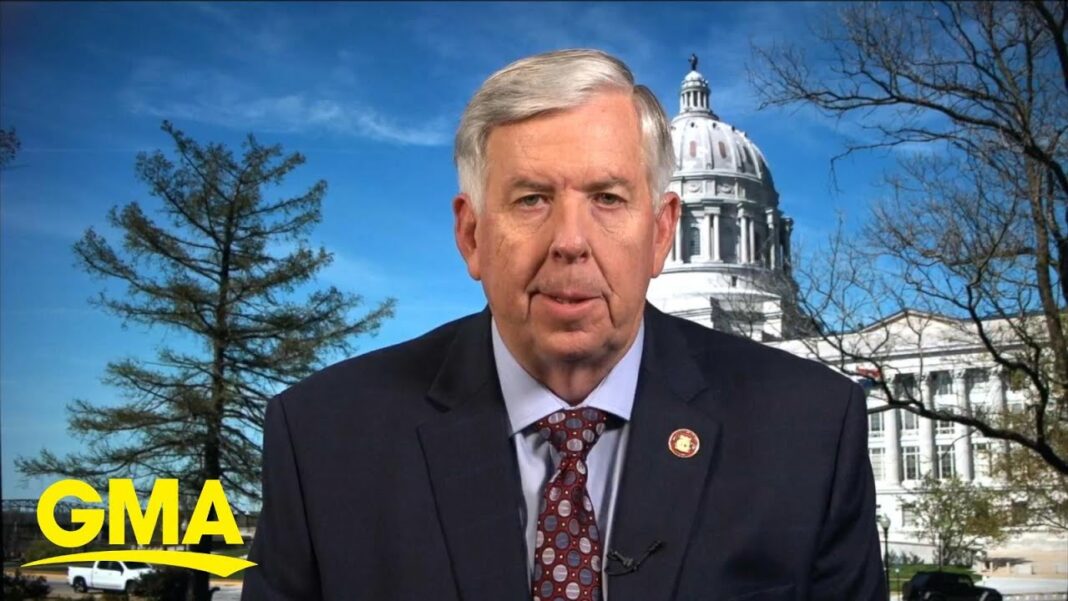 “You see what Iowa just did,” Parson told news outlet The Center Square on Thursday. “I think we want to make sure civil rights or civil liberties are being exercised. If somebody has [a] religious conviction, we want to make sure that’s upheld … whatever that takes. And if it’s for health reasons, we want to include that, too.”

The Republican governor was referring to Iowa Gov. Kim Reynolds on Oct. 29 having signed a bill that guarantees state workers who are trying to obtain a medical or religious exemption to the vaccine the ability to get unemployment benefits if they’re fired for refusing the vaccine.

Parson stopped short of guaranteeing unemployment benefits for those who lost their jobs only because they declined vaccinations.

“If those people are going to lose their jobs, which I don’t think they should … but evidently there’s a little bit of a problem as to what everybody’s view is on those civil rights issues,” Parson said. “So we want to be prepared for that if they go down that road.”

Parson, whose administration has filed several lawsuits against federal vaccine mandates, said he believes it’s unfair that workers who made critical impacts during the early stages of the pandemic lose their jobs now due to their vaccination status.

“People have been out there for 18 months on the front lines and all of a sudden you’re going to say they’re not worthy do their jobs anymore is problematic,” the governor said. “I don’t care where they work or who they are because, during the heat of the battle, we won with them.”

The New Orleans-based Fifth U.S. Circuit Court of Appeals halted the Occupational Safety and Health Administration, or OSHA, rule targeting private businesses with 100 or more people. That rule, which was unveiled last week and goes into effect on Jan. 4, stipulates that workers at such firms either get vaccinated or submit to weekly testing and mask-wearing.

Dozens of states, so far, have filed legal challenges against the OSHA rule, which also would levy harsh penalties of thousands of dollars for each violation.