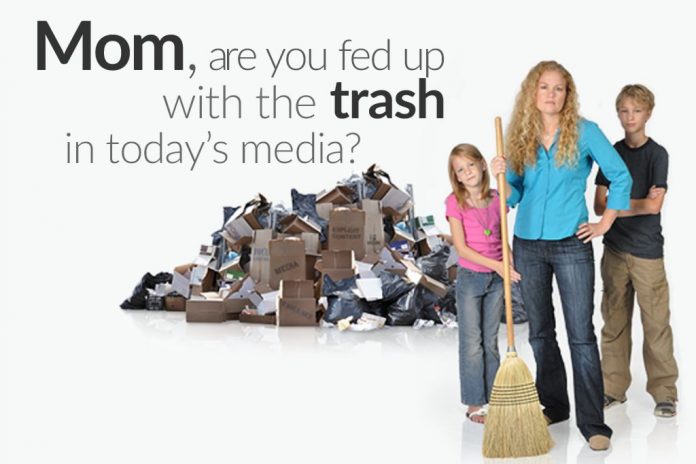 Mom, are you fed up with the filth many segments of our society, especially the entertainment media, are throwing at our children? Are you tired of all the negative influences our children are forced to contend with? If so, we urge you to become a member of OneMillionMoms.com.

OneMillionMoms.com was begun to give moms an impact with the decision-makers and let them know we are upset with the messages they are sending our children and the values (or lack of them) they are pushing.

The goal of OneMillionMoms is to stop the exploitation of children, especially by the entertainment media (TV, music, movies, etc.). One Million Moms gives women a powerful tool to stand against the immorality, violence, vulgarity and profanity the entertainment media is throwing at children. OneMillionMoms.com gives moms the ability to fight back!

They are searching for one million moms who are willing to join the fight for their children. They want their children to have the best chance possible of living in a moral society.

As a member of a group of one million moms all fighting together, the collective voice can have a powerful impact. Money is the name of the game for those who exploit, and they are exploiting children for their financial gain. Just imagine the influence women can have by joining with one million other moms! That represents economic power! When one million moms speak as a unified voice, letting it be known that they will fight with their dollars, THEIR VOICE WILL BE HEARD!

There is no charge to join. And, despite the name, the one million moms membership is open to all. Singles are welcome! As a member, you will agree to participate in at least one project a week.

OneMillionMoms.com will, with input from their members, select a target and prepare an email. You can reword their letter to make it your own, or send it as is. They provide all the information you need to be heard, and they make it easy!

If you think its time to take action and to take a stand for your children, then Join OneMillionMoms.com today! Help One Million Moms recruit others who share your concern and are willing to get involved in the fight for the future of children. Think of the influence One Million Moms can have and all that can be accomplish by banding together! You can email information about OneMillionMoms.com to all your friends!