Home Keep Up World Health & Pandemics Most Infectious Coronavirus yet, Skirts Past Antibodies 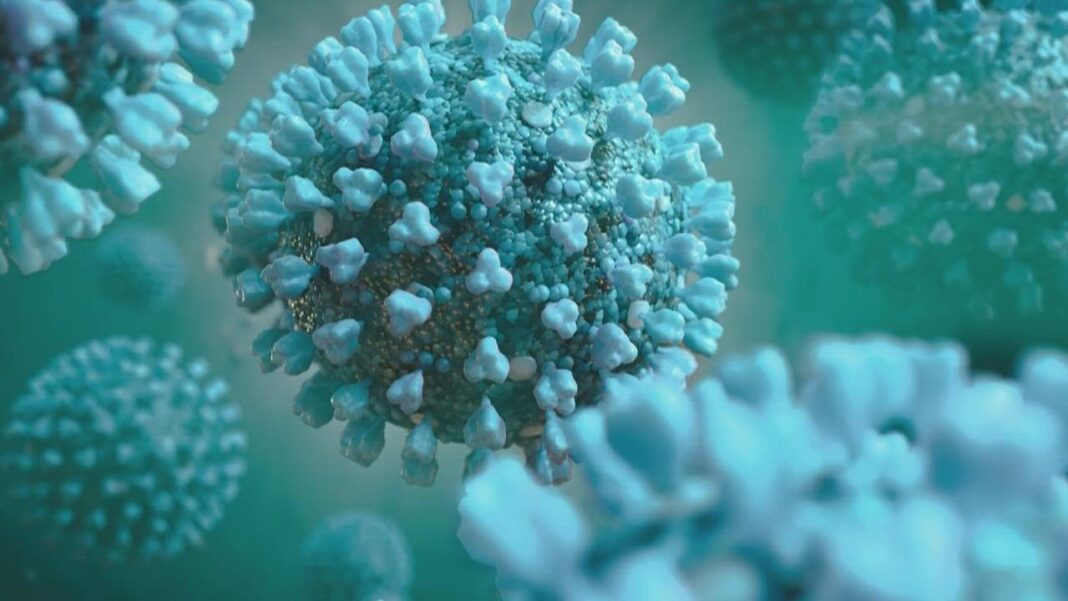 It doesn’t matter if you’ve had COVID, or have gotten the jab and all your boosters, chances are you’ll probably catch this variant, as it has a unique ability to skirt past antibodies. Yet how deadly is it, and how concerned should you be?

As suspected, SARS-CoV-2 continues to mutate. This was entirely expected and predicted, as vaccinating against any highly mutable virus, such as the coronavirus, pressures the virus to adapt.

One of the latest variants, BA.5 — now believed to be the cause of nearly all COVID infections — is tied with measles in terms of its infectiousness and transmissibility.1 That makes it the most infectious of all SARS-CoV-2 variants,2 and one of the most infectious viruses known to man. Fortunately, it’s also considerably less deadly than the original Wuhan strain. According to a July 5, 2022, Deadline report:3

Today, the CDC [U.S. Centers for Disease Control and Prevention] estimates the subvarient is responsible for about 54% of new cases here. That’s double BA.2.12.1, which now accounts for 27% of infections. BA.5’s rise also leaves sister subvariant BA.4 in the dust at 16%. It’s a faster ascension than that of any other variant over the course of the pandemic …

One reason BA.5 is so dominant is that it seems to be more transmissible than even BA.2.12.1 … ‘The Omicron sub-variant BA.5 is the worst version of the virus that we’ve seen,’ said Eric Topal, who is Founder and Director of the Scripps Research Translational Institute, Professor of Molecular Medicine and Executive Vice-President of Scripps Research, in a substack post4 last week.

It takes immune escape, already extensive, to the next level, and, as a function of that, enhanced transmissibility, well beyond Omicron (BA.1) and other Omicron family variants that we’ve seen.’

Even if you’ve had COVID before, got the jab and all your boosters, and even if you have hybrid immunity (meaning you’ve had both past infection and the COVID jab), chances are you’ll probably catch BA.5, as it seems particularly adept at circumventing all previous defenses.

This immune-evading ability is likely an outgrowth of mass injection, as vaccinating a population during an acute outbreak pressures the virus to mutate more rapidly. The image below, from Topol’s Substack article,6 illustrates the genetic distance between BA.5 and previous strains.

This scenario was predicted even before the mass injection campaign began, but no one in a position to make decisions paid any attention to reason. So, here we are.

What remains to be seen is whether BA.5 will cause worse or milder infection than Omicron, which was on par with the common cold. The problem we have is that governments around the world have done a spectacularly good job of undermining good data collection and reporting, so it’s extremely difficult at this point to tease out what’s really going on in the real world.

For example, in the U.S., COVID cases are at an “all-time low,” Dr. Michael Mina, an epidemiologist and chief science officer at telehealth company eMed told CNN, July 11, 2022.7 However, that same day, NPR reported8 that BA.5 was “driving up cases and reinfections” in the U.S. So, which is it?

Europe, meanwhile, is reporting a sharp rise in both cases and hospitalizations.9 Keep in mind that “cases” simply refer to positive PCR tests, which are unreliable at best, as they cannot identify active infections, and COVID hospitalizations are frequently patients who are hospitalized for other conditions and just happen to test positive for COVID.

The only experimental study10 we have for BA.5 so far suggests the virus replicates more efficiently in human lung cell cultures than the Omicron subvariant BA.2, and infection experiments on hamsters suggest it may cause more severe infection than BA.2. That said, there’s really no evidence to suggest BA.5 is deadlier than any previous version.11

Despite the fact that BA.5 was a predicted outgrowth of pressure from mass “vaccination,” governments around the world are doubling down on the failed strategy of boosters. As reported by Time magazine, July 11, 2022:12

The [European Medicines] agency said that, at present, there is no clear evidence to support giving a second booster to people under 60 who are not at higher risk of severe disease …

Two days later, July 13, 2022, the Biden administration followed suit, announcing all adults, including those under 50, will be eligible for a second booster this fall, to quell worries about waning immunity. The announcement came just one week after Biden signed a $3.2 billion agreement with Pfizer for 105 million doses that will target Omicron subvariants BA.4 and BA.5.13

BA.5 May Soon Be Old News

Interestingly, as rapidly as BA.5 took over the world, it’s already on pace to be replaced by another strain with the designation BA.2.75. In a second July 11, 2022, article, Time reported:14

“The quickly changing coronavirus has spawned yet another super contagious Omicron mutant … BA.2.75 … may be able to spread rapidly and get around immunity from vaccines and previous infection.

It’s unclear whether it could cause more serious disease than other Omicron variants, including the globally prominent BA.5 … Fueling experts’ concerns are a large number of mutations separating this new variant from Omicron predecessors.

Some of those mutations are in areas that relate to the spike protein and could allow the virus to bind onto cells more efficiently, [director of clinical virology at the Mayo Clinic, Matthew] Binnicker said.

Another concern is that the genetic tweaks may make it easier for the virus to skirt past antibodies — protective proteins made by the body in response to a vaccine or infection from an earlier variant.”

As discussed in “Omicron Variant and Vaccine Resistance,” Omicron initially arose in “fully vaccinated” patients, raising suspicions that the mass vaccination campaign itself was driving the rapid mutation of the virus.

A problem we now face is that these newer strains all appear to be able to break through both natural and artificial defenses, i.e., both natural immunity and COVID jab-related antibodies, resulting in repeat infections.15

By that I don’t mean we’re facing reinfection with a dangerous virus. That’s not the case. We’re essentially looking at endemics of something similar to the common cold; the main difference being that it’s no longer seasonal.

No, the real problem is that authorities are responding to COVID as if it was a deadly plague, and are using what are essentially cold symptoms to lock down economies and strip people of their rights and freedoms, over and over again.

Newer variants, such as BA.5 and BA.2.75, have all developed ways to circumvent our immune defenses, including natural immunity, and this unfortunate and largely manmade circumstance now provides the fearmongerers with fresh fodder.

That reinfection with SARS-CoV-2 is possible isn’t really a great surprise. The coronavirus, after all, is the virus responsible for the common cold, and throughout history, there have been people who have succumbed to more than one cold episode in a given year.

What’s surprising is that governments are willing to destroy economies, the education of children, mental health and the very notion of democracy over endemic cold symptoms. Unless run by clinically insane individuals and/or hypochondriacs, no government would do such a thing.

Assuming world leaders are free of such diagnoses, the fact that they’re doing these things suggests there’s an entirely different reason behind their actions. COVID just happens to be the only excuse available, so they have no choice but to milk it for all it’s worth, even if it makes no sense from a medical perspective.

When Will the Fearmongering End? When You Stop Responding

In January 2022, it looked as though the COVID-19 narrative had crumbled past the point of no return, as many health officials and world leaders finally acknowledged the COVID shots couldn’t end the pandemic and that we had to “learn to live with the virus.” Some even started speaking out against repeated boosters.

I discussed this in “Are We at the End of the Pandemic?” A major driver for that U-turn in the pandemic narrative was the emergence of the Omicron variant. While incredibly infectious, it caused only mild cold symptoms in the vast majority of people, leaving natural herd immunity in its wake.

Alas, newer variants, such as BA.5 and BA.2.75, have all developed ways to circumvent our immune defenses, including natural immunity, and this unfortunate and largely manmade circumstance now provides the fearmongerers with fresh fodder.

So, at this point, it seems the pandemic will remain a key justification for a “Great Reset” of societal norms, medicine, finance, transportation, food and the rest. In my estimation, the only way to eliminate this “Trojan Horse” justification once and for all is for the people of the world to cease fearing COVID.

As long as the fear of infection persists, it will be used to control and enslave us. In other words, the pandemic narrative will continue to be used for evil ends until and unless people start fearing global tyranny more than they fear a case of fever and sniffles, and respond accordingly.