Home Keep Up Health & Pandemics Mother Blames “Vaccinated Blood” for the Death of Her One-Month-Old Baby Who... 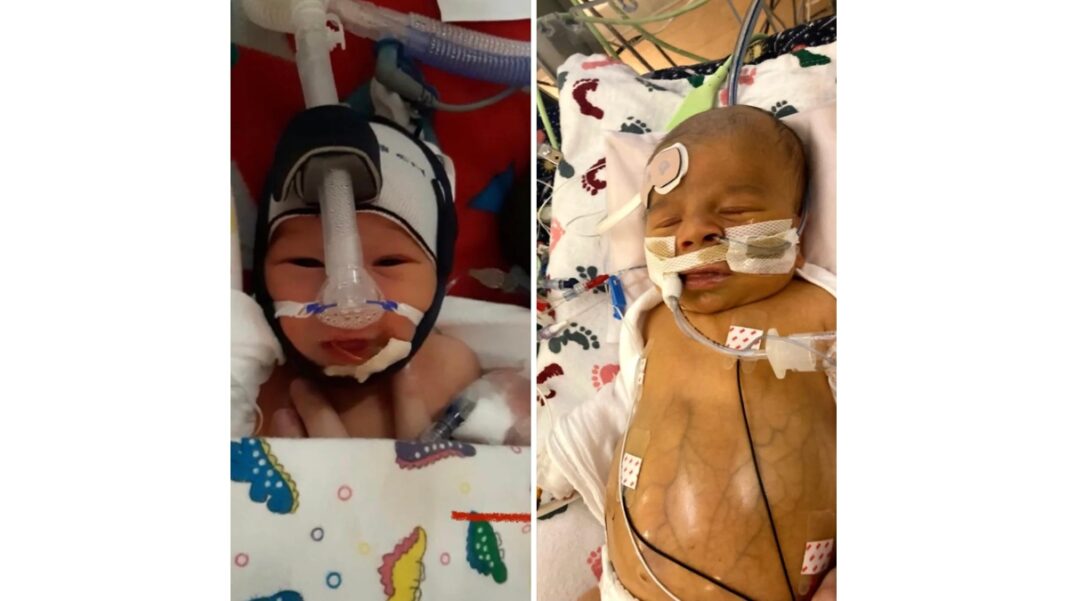 Losing a child is the most painful trauma any parent will ever experience.

Mrs. Hertzler told The Gateway Pundit that her one-month-old baby died from a blood clot caused by receiving “COVID-vaccinated blood” during a blood transfusion.

“He died after getting a blood transfusion of vaccinated blood,” Hertzler claimed. “He got a blood clot instantly after receiving his transfusion. A blood clot that no blood thinner could resolve.”

“It got steadily worse until it went from his knee to his heart and his organs shut down. That’s why his body swelled up and his veins looked like they were exploding,” she added.

Alexander was born with a throat problem that can only be treated with surgery. Hertzler claimed that her son was given the blood by the doctor at Sacred Heart in Spokane, Washington, without her or her husband’s permission.

“He had an operation to fix an issue in his throat he was born with. He did not need a blood transfusion during the operation. Most babies do not.”

“Later on, after our authorization had expired (we only authorized a blood transfusion in case of an emergency during an operation). The doctor gave him a blood transfusion because his hemoglobin levels were a little low. We had not given permission for this and the doctor knew we did not want vaccinated blood because we were worried about blood clots. The next day after the transfusion, they discovered a blood clot,” Hertzler said.