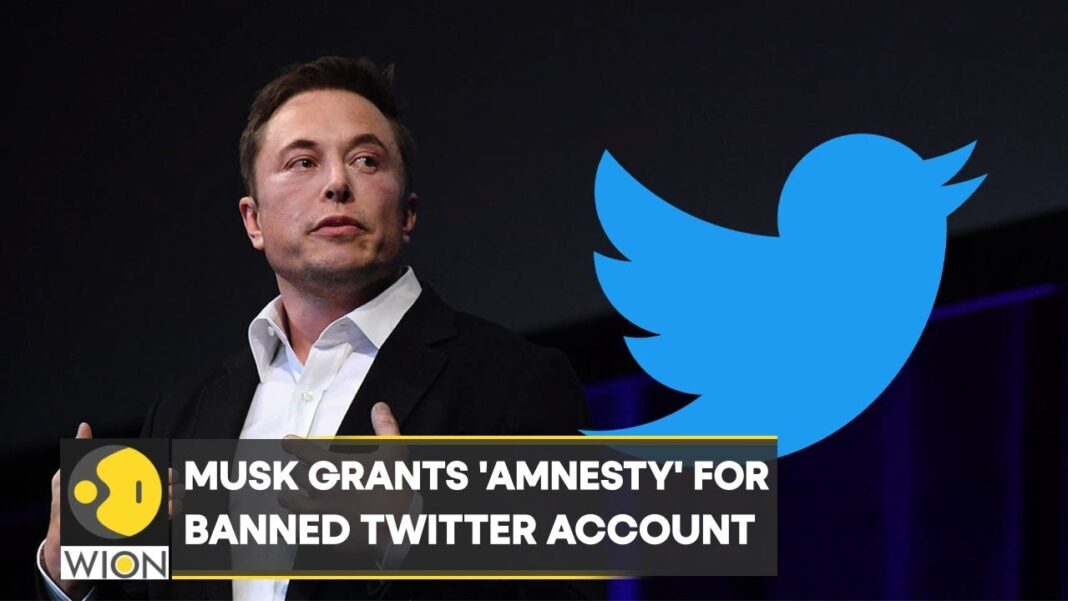 Twitter’s new boss Elon Musk took a swipe at a mainstream media report that cited activists claiming lives were being put at risk by Musk’s decision to reinstate a number of banned Twitter accounts, including that of former President Donald Trump.

“Much Ado About Nothing,” Musk said in a tweet Friday, responding to left-leaning Axios’ report that carried the caption: “Activists warn lives at risk over Elon Musk’s amnesty plans for suspended Twitter accounts.”

Musk on Thursday announced a “general amnesty” for some suspended Twitter accounts, provided that the accounts weren’t engaging in “egregious spam” or hadn’t broken the law.

“The people have spoken,” Musk wrote on Twitter in response to a poll that showed the vast majority of his followers on the platform voting in favor of a “general amnesty” for banned accounts.

“Amnesty begins next week. Vox Populi, Vox Dei,” he added, which translates as “the voice of the people, the voice of God” in Latin.

That came several days after Musk ran a poll asking his Twitter followers to weigh in on whether Trump’s suspended account should be reinstated, with most voting in favor.

“The people have spoken. Trump will be reinstated. Vox Populi, Vox Dei,” Musk said in a post.

But Musk’s decision to reinstate suspended accounts has fired up critics who see unfettered speech as a danger.

Axios, a left-leaning media outlet, ran a story in response to Musk’s pledge to restore suspended accounts, sharing it on Twitter with the caption: “Activists warn lives at risk over Elon Musk’s amnesty plans for suspended Twitter accounts.”

The report cited a number of individuals and organizations who had a critical take on Musk’s banned account reinstatement.

One of the individuals Axios cited was Alejandra Caraballo, clinical instructor at Harvard Law’s cyberlaw clinic, who told The Washington Post that for marginalized communities, the amnesty was “existentially dangerous.”