Home Keep Up China CCP NATO Will Concentrate on Countering the Chinese Threat for Next Decade: Stoltenberg 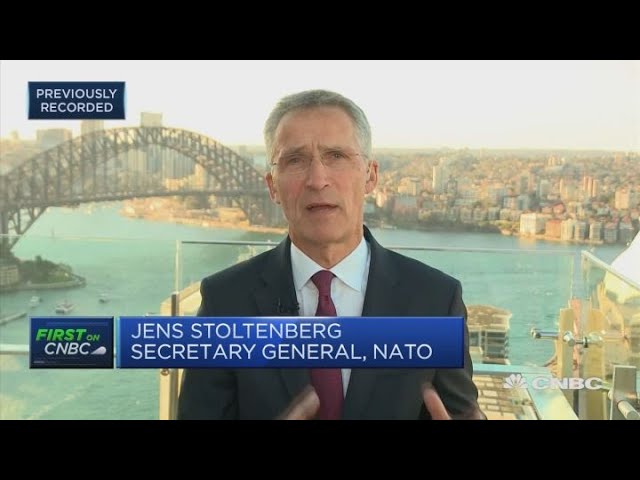 NATO will concentrate on countering the Chinese communist threat as part of next decade’s new strategic approach, according to its secretary-general, as reported by The Financial Times.

This comes as the Chinese regime has become more assertive in its ambitions of global dominance, having allegedly gained the upper hand in key warfare technologies, such as long-range and hypersonic missiles.

“This region faces global challenges: terrorism, cyber but also the rise of China. So when it comes to strengthening our collective defense, that’s also about how to address the rise of China,” he said. “What we can predict is that the rise of China will impact our security. It already has.”

NATO, a political and military alliance of North America and the European Union, will adopt a new Strategic Concept during a summit next summer. The Strategic Concept will state the organization’s direction during the next decade, which will focus on offsetting the Chinese regime’s threat, unlike the version outlined in 2010.

The Chinese Communist Party (CCP) has embraced a more belligerent and blunt discourse regarding its global dominance ambitions this year, which has spurred the West to reorganize to counter the regime.

The CCP’s shift in rhetoric coincides with China’s nuclear expansion, advances in long-range and hypersonic missile technology, and the regime’s increasing military pressure on Taiwan and the South China Sea.

“They have more and more high-range weapons that can reach all NATO allied countries,” Stoltenberg told The Financial Times. “They are building many, many silos for long-range intercontinental missiles.”

China launched a nuclear-capable hypersonic missile in August, as stated in an investigative report by The Financial Times. The technology was described as a surprise to the U.S. intelligence community and highlighted China’s weapon development progress.