A new group for Asian American gun owners is seeking to gather liberal-minded folks to influence President Joe Biden and other Democrats.

AAPI GO, or Asian American and Pacific Islander Gun Owners, was founded by Scott Kane, a self-described classically liberal California resident who has voted for Democrats since 2004.

“It’s easy for Democrats and more liberal folks to write off the NRA and the existing gun lobby because they’re so ultra-conservative,” Kane told The Epoch Times.

“But what if there’s a liberal gun owning group out there full of people of color who just recently purchased firearms? Estimates are around something like 4 million new firearm purchases last year, a good chunk of that, according to NSSF, is from minorities, so what if we banded together to show strength in numbers and show the Biden administration that if you ban assault weapons, that’s going to disproportionately affect a good chunk of your voting base,” he added.

“You really want minorities to be put in jail because they legally purchased an AR-15 last year? I think the answer is no.”

The Biden administration has put forward a number of gun control proposals, with some being enacted through executive action. Last month, Biden called for a ban on so-called assault weapons, asserting that “there’s no reason someone needs a weapon of war.”

Gun purchases skyrocketed in the United States during the COVID-19 pandemic. Background checks for guns and gun permits hit a record-high of 4.7 million in March. Some 8.4 million Americans bought guns for the first time last year, according to a National Shooting Sports Foundation (NSSF) analysis of federal data. Women accounted for 40 percent of sales, and purchases by minorities shot up.

The lockdowns and other measures imposed during the pandemic, and the rise in violent crime, contributed to the jump in first-time gun buyers, experts say. 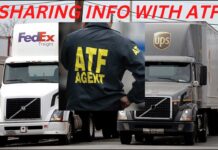