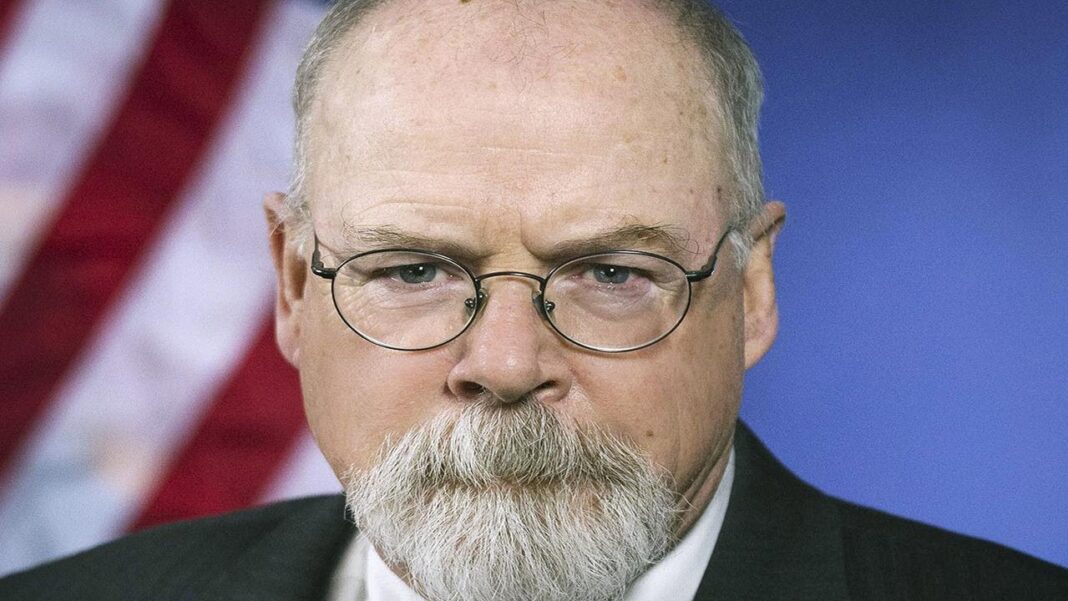 In painstaking detail, Durham laid out in the indictment Thursday how Democrat superlawyer Michael Sussmann used Clinton campaign funds to construct a now-debunked memo and other evidence alleging that computer communications between a server at the Alfa Bank in Russia and the Trump Tower in New York might be a secret backdoor communication system for Trump and Vladimir Putin to hijack the 2016 election.

Sussmann delivered the package in mid-September 2016 — just weeks before Election Day as Trump and Clinton were locked in a tight race — to then-FBI General Counsel James Baker, even after the team of computer experts warned the theory was a “red-herring,” according to the indictment.

And then Sussmann falsely told Baker, the prosecutors alleged, he was providing the information to the FBI solely as a good citizen, and not on behalf of any client.

In fact, Sussmann was working on behalf of a tech executive and the Clinton campaign and charged nearly all the work on the Alfa Bank narrative to the Democratic presidential campaign, including his meeting with Baker, the indictment stated.

The alleged lying, Durham argued, deceived the FBI into thinking the allegations were coming from a neutral source — Sussmann had been a cybersecurity expert — and not an election-motivated client.

“In truth, and in fact, and as Sussmann well knew, Sussmann had acted on behalf of and in coordination with two specific clients of the law firm: tech executive 1 and the Clinton campaign in assembling and conveying these allegations,” the grand jury indictment charged.

“Sussman’s false statement to the FBI general counsel was material to that investigation because among other reasons it was relevant to the FBI whether the conveyor of these allegations was providing them as an ordinary citizen merely passing along information or whether he was instead doing so as a paid advocate for clients with a political or business agenda.”