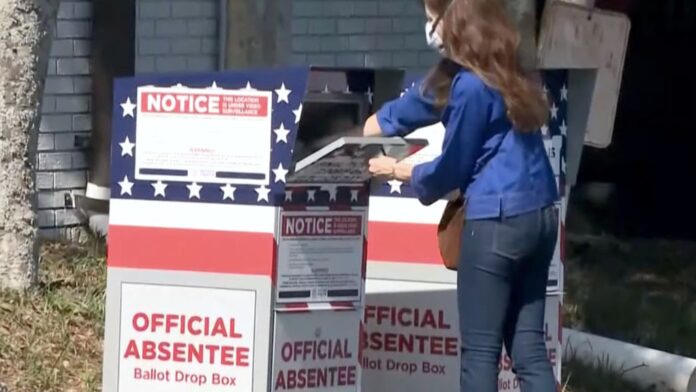 In Georgia, there was both an audit and a statewide recount confirming Biden’s victory, but ignored in the process was evidence that nearly 35,000 Georgians had potentially voted illegally.

New evidence indicates that more than 10,300 illegal votes were cast in Georgia in the November 2020 general election — a number that will continue to rise over the next several months, potentially exceeding the 12,670 votes that separated Joe Biden and Donald Trump.

While this evidence does not change the fact that Joe Biden is our president, all Americans who genuinely care about free and fair elections and the disenfranchisement of voters should demand both transparency and solutions to prevent a repeat in future elections. This evidence also vindicates former President Trump and his legal team for the related public (and private) comments and legal arguments made in challenging the Georgia election results.

Under the cover of COVID-19, Georgia, like many other states, flooded residents with absentee ballot applications. Also like sister states, Georgia ignored various legislative mandates designed to prevent fraud and to ensure the integrity of the vote. These facts, coupled with the closeness of the presidential contest in Georgia and other states, led to a flurry of accusations and litigation charging vote fraud, illegal voting, and violations of the Elector’s Clause of the constitution.

In Georgia, there was both an audit and a statewide recount confirming Biden’s victory, but ignored in the process was evidence that nearly 35,000 Georgians had potentially voted illegally.

Under Georgia law, residents must vote in the county in which they reside, unless they changed their residence within 30 days of the election. As Jake Evans, a well-known Atlanta election lawyer, told me, outside of the 30-day grace period, if people vote in a county in which they no longer reside, “Their vote in that county would be illegal.”

Soon after the November general election, Mark Davis, the president of Data Productions Inc. and an expert in voter data analytics and residency issues, obtained data from the National Change of Address (NCOA) database that identified Georgia residents who had confirmed moves with the U.S. Postal Service. After excluding moves with effective dates within 30 days of the general election, and by using data available from the Georgia Secretary of State’s Office, Davis identified nearly 35,000 Georgia voters who indicated they had moved from one Georgia county to another, but then voted in the 2020 general election in the county from which they had moved.