SEATTLE, Jan. 29, 2021 /PRNewswire/ — A paper was published today by Dr. Steven Quay, M.D., PhD., CEO of Atossa Therapeutics, Inc. (NASDAQ: ATOS), entitled, “A Bayesian analysis concludes beyond a reasonable doubt that SARS-CoV-2 is not a natural zoonosis but instead is laboratory derived.”

“The purpose of the analysis was to determine the origin of SARS-CoV-2, the virus that causes COVID-19. Beginning with a likelihood of 98.2% that it was a zoonotic jump from nature with only a 1.2% probability it was a laboratory escape, twenty-six different, independent facts and evidence were examined systematically. The final conclusion is that it is a 99.8% probability SARS-CoV-2 came from a laboratory and only a 0.2% likelihood it came from nature,” a summary notes.

“Like many others, I am concerned about what appear to be significant conflicts of interest between members of the WHO team and scientists and doctors in China and how much this will impede an unbiased examination of the origin of SARS-CoV-2,” said Dr. Quay.

“By taking only publicly available, scientific evidence about SARS-CoV-2 and using highly conservative estimates in my analysis, I nonetheless conclude that it is beyond a reasonable doubt that SARS-CoV-2 escaped from a laboratory. The additional evidence of what appears to be adenovirus vaccine genetic sequences in specimens from five patients from December 2019 and sequenced by the Wuhan Institute of Virology requires an explanation. You would see this kind of data in a vaccine challenge trial, for example. Hopefully the WHO team can get answers to these questions.”

To assist in finding the truth and to get feedback on the methodologies used and conclusions reached in this paper, a pre-publication copy of this paper was sent to twenty-six scientists worldwide, including the WHO investigators currently in Wuhan, Wuhan Institute of Virology scientists, as well as other prominent virologists.

Dr. Steven Quay has 360+ published contributions to medicine and has been cited over 10,000 times, placing him in the top 1% of scientists worldwide. He holds 87 US patents and has invented seven FDA-approved pharmaceuticals which have helped over 80 million people. He is the author of the best-selling book on surviving the pandemic, Stay Safe: A Physician’s Guide to Survive Coronavirus. He is the CEO of Atossa Therapeutics Inc. (Nasdaq: ATOS), a clinical-stage biopharmaceutical company developing novel therapeutics for treating breast cancer and COVID-19.

He received his M.D. and Ph.D. from The University of Michigan, was a postdoctoral fellow in the Chemistry Department at MIT with Nobel Laureate H. Gobind Khorana, a resident at the Harvard-MGH Hospital, and spent almost a decade on the faculty of Stanford University School of Medicine. A TEDx talk he delivered on breast cancer prevention has been viewed over 220,000 times. For more information, visit www.DrQuay.com 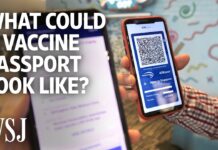 Federal Government at the Heart of ‘Vaccine Passport’ Development 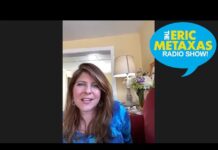