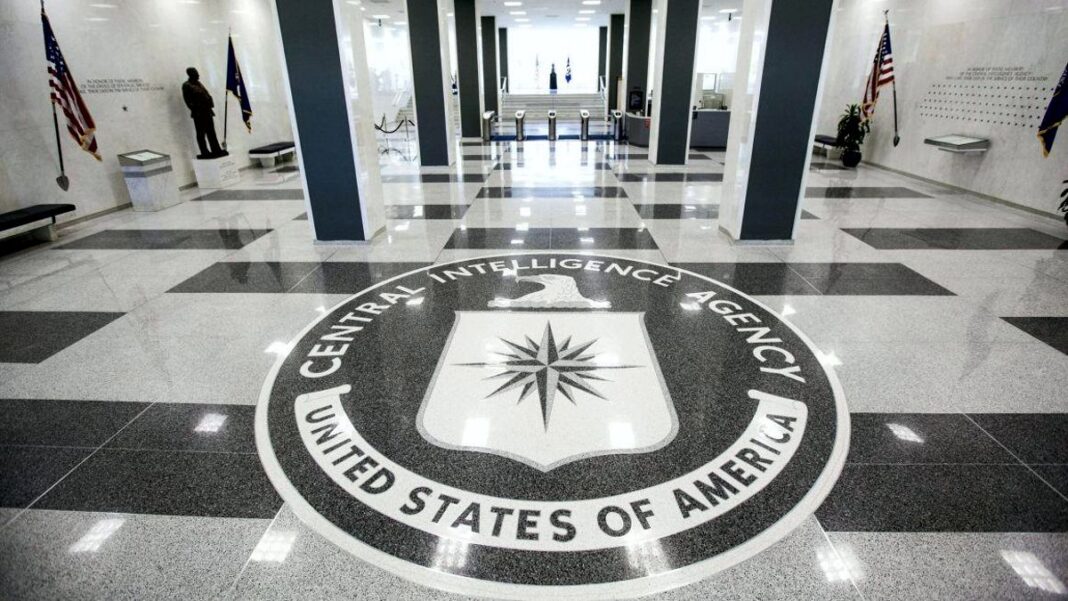 The two senators sent a letter (pdf) to top intelligence officials in April 2021 calling for more details about the program and for it to be declassified.

Large parts of the letter and documents released by the CIA were declassified Thursday, with large portions redacted.

In their letter, Wyden and Heinrich requested an expedited declassification of a report by the Privacy and Civil Liberties Oversight Board (PCLOB) on the alleged CIA bulk collection program.

PCLOB and its staff members have access to the classified information.

Wyden and Heinrich said in their letter that the program operated “outside the statutory framework that Congress and the public believe govern this collection” and “without any of the judicial, congressional or even executive branch oversight that comes with FISA (Foreign Intelligence Surveillance Act) collection.”

The senators called for more information on the program to be declassified.

“The CIA has secretly conducted its own bulk program,” the lawmakers wrote in their letter. The rest of the line was blacked out.

“This basic fact has been kept from the public and from Congress. Until the PCLOB report was delivered last month, the nature and full extent of the CIA’s collection was withheld even from the Senate Select Committee on Intelligence,” the senators said.

“Among the many details the public deserves to know are the nature of the CIA’s relationship with its sources and the legal framework for the collection” as well as the amount and kind of records being collected on Americans, Wyden and Heinrich said.

They also called on the agency to declassify information on “the rules governing the use, storage, dissemination and queries (including U.S. person queries) of the records,” stating that all of the above was in the public’s “intense” interest.

The PCLOB report noted problems with the CIA’s handling and searching of Americans’ information under the program.

According to portions of the PCLOB report’s (pdf) recommendations declassified by the CIA, a “pop-up box warns CIA analysts using the program that seeking any information about U.S. citizens or others covered by privacy laws requires a foreign intelligence purpose.”

However, the program does not require analysts to provide a justification for their search, according to the recommendations, which urged the agency to require them to do so.

Washington, D.C. – U.S. Senator Ron Wyden, D-Ore., and Sen. Martin Heinrich, D-N.M., both members of the Senate Intelligence Committee, called for new transparency about bulk surveillance conducted by the Central Intelligence Agency, following the release of documents that revealed a secret bulk collection program and problems with how the agency searches and handles Americans’ information.

Wyden and Heinrich requested the declassification of a report by the Privacy and Civil Liberties Oversight Board on a CIA bulk collection program, in a letter sent April 13, 2021. The letter, which was declassified and made public today reveals that “the CIA has secretly conducted its own bulk program,” authorized under Executive Order 12333, rather than the laws passed by Congress.

The letter notes that the program was “entirely outside the statutory framework that Congress and the public believe govern this collection, and without any of the judicial, congressional or even executive branch oversight that comes from [Foreign Intelligence Surveillance Act] collection.”

“FISA gets all the attention because of the periodic congressional reauthorizations and the release of DOJ, ODNI and FISA Court documents,” said Senators Wyden and Heinrich in response to the newly declassified documents.  “But what these documents demonstrate is that many of the same concerns that Americans have about their privacy and civil liberties also apply to how the CIA collects and handles information under executive order and outside the FISA law.  In particular, these documents reveal serious problems associated with warrantless backdoor searches of Americans, the same issue that has generated bipartisan concern in the FISA context.”

Wyden and Heinrich called for more transparency from the CIA, including what kind of records were collected and the legal framework for the collection. The PCLOB report noted problems with CIA’s handling and searching of Americans’ information under the program.

“While we appreciate the release of the ‘Recommendations from PCLOB Staff’ which highlights problems associated with the handling of Americans’ information, our letter also stressed that the public deserves to know more about the collection of this information.  The DNI and the CIA Director have started this process.  We intend to continue to urge them to achieve the transparency the American people deserve.”

The Wyden-Heinrich letter is here.

A portion of PCLOB’s report on the program was made public here.