His firing came at the hand of a newly-elected school board, which appears to have declared a judgment day for woke practices in its district.

In its first meeting after the Nov. 8 election, the board fired superintendent Jackson and school counsel Tiffany Richardson. Then it hired Anthony Dixon as superintendent and retained Brandon Gaskins as counsel. And before the day was over, the board banned teaching critical race theory and created a board to review library books for pornographic content.

Moms for Liberty, an activist group that supports parental rights in education, endorsed six of the board’s nine members. Many Moms for Liberty candidates won school board elections this November, as reported previously. The group’s leaders say more aggressive school management decisions may soon be in order.

In Berkeley, the candidates’ aggressive approach was a response to student discipline policies and slow learning post-COVID-19, said Christi Dixon, the Moms for Liberty chapter chair for Berkeley.

“Parents were seeing that their children weren’t achieving at the levels that they had been previously. And there were a lot of changes,” Dixon said.

When Jackson left the board meeting at which he was fired, it appeared that not everyone supported the board’s decision.

Some parents watching walked out with him in protest, video from local network Live 5 WCSC News shows. Others cheered.

Former school board chair David Barrow called the firings a “travesty” and a “political witch hunt,” according to NBC.

So far, the board has yet to explain its rationale for firing Jackson and Richardson.

Board members Yvonne Bradley and Crystal Wigfall walked out of the room in protest after Jackson departed.

Moms for Liberty co-founder Tiffany Justice said the board might be newly-elected but that it knows exactly what it’s doing. 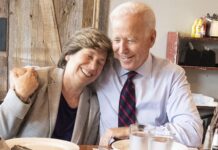