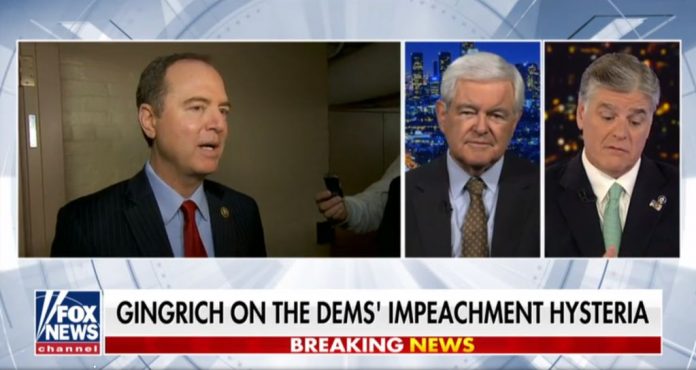 According to FOX News, Senator Lindsey Graham has created a new reality for House Speaker Nancy Pelosi. He has written a powerful resolution which Senate Majority Leader Mitch McConnell joined in co-sponsoring. Together they have attracted 50 co-sponsors – which means with Vice President Pence supporting them they would win a vote to dismiss any phony impeachment from the House that failed to meet a key standard of fairness.

Faced with this new reality, Speaker Pelosi suddenly ended months of avoiding a vote on the impeachment process and announced today that the House would vote this week.

As a practical matter, the House Democrats had no choice but to bring the impeachment process to a vote. They were faced with a Trump administration that refused to cooperate with a secret investigation which lacked rules and authorization by the full House. They were also faced with a Senate that was prepared to reject a kangaroo court-style secret approach.

However, the next test for Speaker Pelosi and the House Democrats will concern the kind of resolution they bring to the floor.

The House Democrats have a clear model of a fair, systematic bipartisan approach in the rules adopted by the Democrats in 1973 and by the Republicans in 1998. Former Democratic Chairman of the House Judiciary Committee Peter Rodino of New Jersey developed a bipartisan set of rules in 1973 during the Nixon impeachment proceedings. Rodino’s rules allowed the White House Counsel to be present at all hearings – including those held in secret. They also allowed the Republican minority to offer subpoenas to bring in the witnesses they wanted in addition to the witnesses the Democrats wanted.