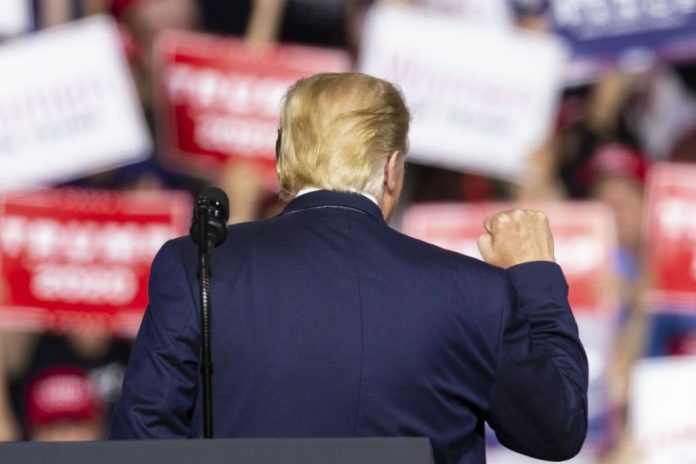 In the aftermath of August’s mass shooting in El Paso, a cursory glance at the news might have left you with the impression that there were two villains that day: the white supremacist who viciously killed 22 people and wounded 24 more, and President Donald Trump, who supposedly incited him.

“The president cannot be absolved of responsibility for inciting the hatreds that led to El Paso,” read a New York Times piece. Democratic presidential contenders echoed this sentiment, with Beto O’Rourke saying Trump’s rhetoric “has a lot to do with” the shooting and Kamala Harris alleging that Trump was “tweeting out the ammunition” used by the El Paso shooter.

Blaming the words of controversial politicians for the acts of terrorists and lunatics without hard evidence is not new. However, a recent academic paper, reported on by numerous outlets before it went through the peer-review process, suggests that Trump actually is to blame.

Studying the effects of Trump’s many campaign rallies on reported hate incidents, three professors at the University of North Texas and Texas A&M—Ayal Feinberg, Regina Branton, and Valerie Martinez-Ebers—claim that Trump rallies are associated with a 226 percent increase in such incidents.

Naturally, their study went viral. Vox, The Washington Post, the San Francisco Chronicle, and CNN all published articles reporting that Trump’s words are so bad that exposure to them leads to a wave of hate crimes.