Home Opinion Truth or Consequences No, Virtual Reality Isn’t The Future Of Religion 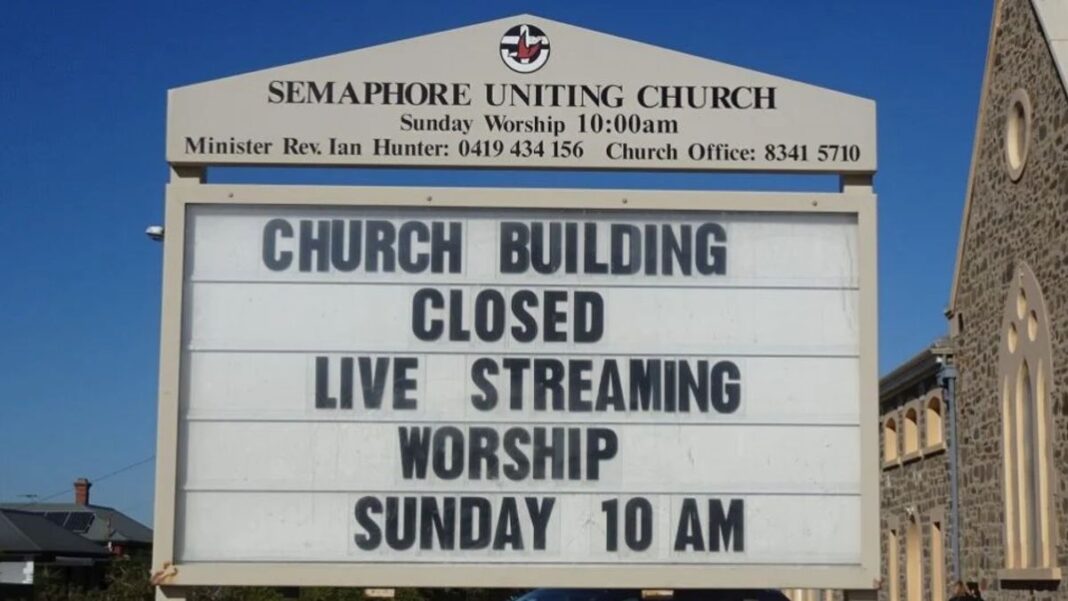 It’s a paradox of sorts—the faithful seek a transcendent realm, but their deep communities are knitted together in physical space.

Good Friday marked my first unmasked Catholic Mass in well more than a year. The experience was both invigorating and surreal.

For one thing, I’m not Catholic. For another, the sense of organic community in that small wooden church felt like something from a forgotten era. Other than a tiny microphone and a few small speakers, the only advanced tech in the sanctuary were the finely carved Via Crucis and a smartphone chiming in somebody’s pocket.

These religious rituals didn’t cease last spring, but many underwent rapid evolution. During the past year of restrictions and lockdowns, various entertainment technologies invaded traditional sacred spaces—cameras, televisions, livestreams, webchats, even virtual reality. This is a decades-long process that only accelerated “due to COVID.”

It’s an open question whether electronic devices will remain part of communal worship, and if so, in which institutions. More importantly, if these innovations do maintain their hold, to what extent will the medium shape the message?

A good test case is televangelism. It’s hard to overstate how much Billy Graham set the stage for this “faith tech” revolution. The charismatic preacher became a media sensation in 1949, when his first “crusade” in Los Angeles was covered by a local radio station.

In his second TV appearance on NBC’s “Meet the Press” in 1957, the reverend waxed enthusiastic about electronic media: “We have used television, radio and the press [in] every way we possibly can to communicate the fact that Christ can transform human lives.”

Despite good intentions, Graham also became a prototype for evangelical cyborgs—a.k.a. “televangelists.” While Graham always struck me as a thoroughly decent man, the predatory behavior of his hi-tech imitators is another story.

In subsequent decades, observers have watched in horror as charlatans instructed their unsuspecting followers to lay hands on TV screens and sign away their life savings. If this brood of vipers can wield that much power using dinosaur tech—feeding on a million vulnerable souls in one sitting—imagine what the next generation will do with big data analysis and virtual reality.

Read Full Article on The Federalist.com