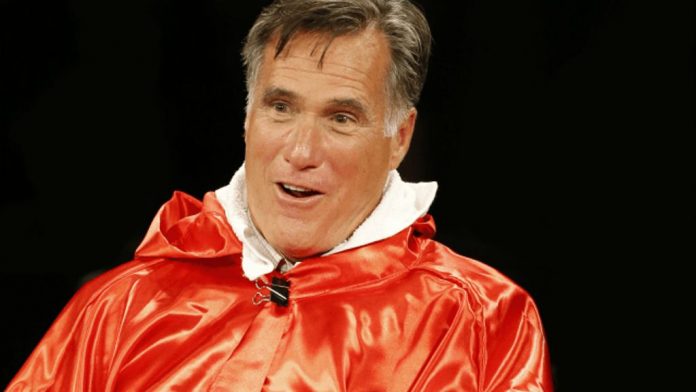 In an article entitled Nolte: Mitt Romney Is an Idiot, John Nolte gives his opinion on how the actions of Mitt Romney show that he is an idiot and a ‘political moron’.

As the freshman senator from Utah, Mitt Romney is a long way from the presidency. That has to be especially tough on a two-time presidential loser with You-Know-Who sitting in the Oval Office, a guy who took the brass ring by doing the exact opposite of what you did.

But now, after reading his Washington Post jihad against Trump, I finally figured what Mitt Romney really is … an idiot.

Romney might have a high IQ, but he’s a political moron.

Let’s first dispel with the idea that Romney wrote this op-ed out of some pressing moral need to condemn Trump’s supposed indecency. Decent people don’t contribute to the far-left Washington Post, a news outlet that published a countless number of lies to sabotage Romney, that attacks the children of Republicans, that tells almost as many lies as CNN.

Secondly, decent people sure as hell do not then run to a blacklisting, violence-promoting gangster outfit like CNN to promote that op-ed, and do so specifically with a presidential-penis-obsessed serial liar like Jake Tapper, who is so gosh-darned virtuous he remained silent as his own audience booed a rape victim.

Oh, and let us never forget the series of fake news depth charges CNN dropped on Romney in 2012.

So why would Romney do such a thing? Why would Mr. Decency align himself with objectively indecent organizations and people?

And now we come to the part about Romney being a moron.

1) Sucking up to the media by backstabbing the sitting Republican president is a path to another shot at the Oval Office.

2) When he does run for president again, the same media that relentlessly tarred him as a sexist, racist, plutocrat, job-killing corporate raider who tortures dogs, bullies gays, and gives women cancer, will appreciate him this time.

As far as number one, I think I speak for many Republican voters, including those who vigorously supported Romney in 2012, when I say kiss my ass.