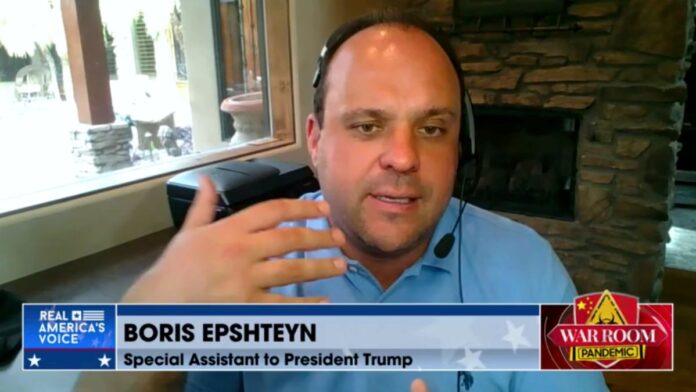 Boris Epshteyn gives an update on how MAGA Republicans have a chance to stop McConnell’s plan to surrender to the Democrats on the debt ceiling if they can prevent 10 senators from breaking the GOP filibuster.

“Leader McConnell is such a strong leader that he is struggling to get 10 votes out of his own caucus to break a filibuster on this terrible devil’s deal that he’s made with Crying Chuck Schumer and pathetic, feckless Joe Biden. …  The leadership of the Senate and the GOP said we are so weak… that we at this second are trying to get 10 out of 50 to back this deal. And you know what, I hope you are standing strong, Republican senators. It is a NO on the debt ceiling increase from Republicans.”